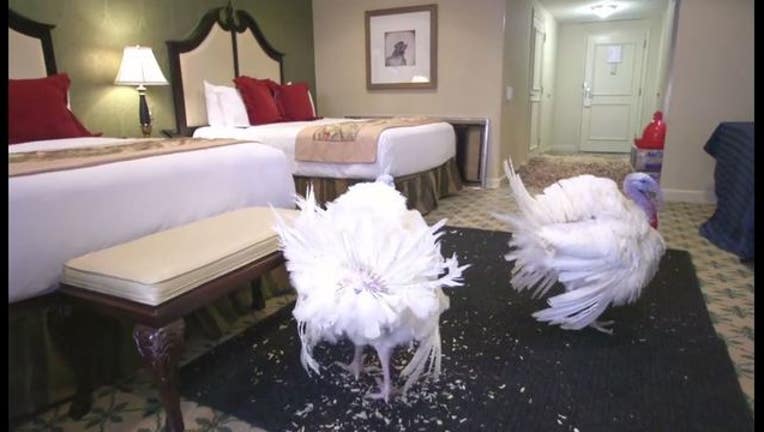 WASHINGTON, D.C. (KMSP) - Two Minnesota turkeys set to be pardoned by President Donald Trump at the White House Tuesday are living it up in the nation's capital.

The turkeys, Drumstick and Wishbone, arrived in Washington, D.C. on Sunday from Alexandria. The turkeys are getting the luxury treatment during their stay, including their own room at the Willard InterContinental Hotel, according to Lara Durben, communications director for the Minnesota Turkey Growers' Association.

The turkeys, born in June, were raised by National Turkey Federation Chairman Carl Wittenburg and his wife, Sharlene, and five members of the Douglas County 4-H chapter.

After the pardoning, both turkeys will join last year's turkeys, Tater and Tot, at Virginia Tech's "Gobblers Rest' exhibit, where they'll be cared for by students and veterinarians.