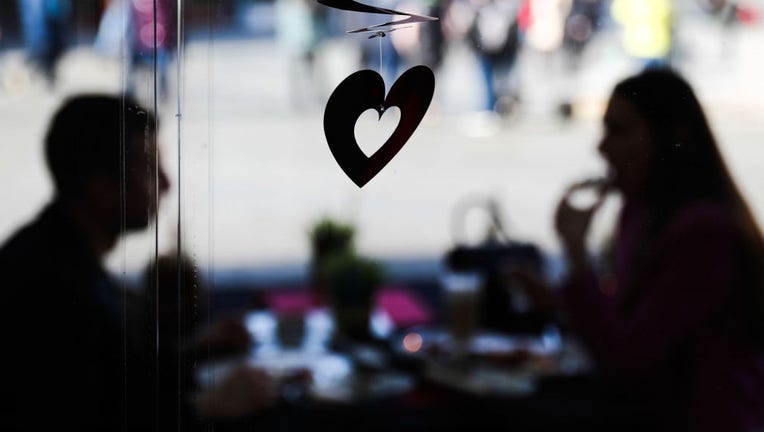 FILE - A heart-shaped decoration and a couple sitting at a table are seen in the restaurant on Feb. 13, 2022. (Photo by Jakub Porzycki/NurPhoto via Getty Images)

Can money buy love? Possibly, if you ask some millennials and Gen Zers.

About 22% of millennials ages 26 to 41 say they have gone into debt because of their dating spending habits amid sky-high inflation, according to a new survey. Gen Zers, those between ages 18 and 25, were found to be the second most likely to take on dating-related debt at 19%.

The Lending Tree survey polled 1,578 U.S. adults about their dating habits in August. It found that nearly one in five said they’re going on fewer dates because of higher consumer prices, and when they do, daters said they’d spend an average of $91 on a first date.

"Millennials are already in an expensive time of life, and inflation isn’t making that any easier," said Lending Tree’s chief credit analyst Matt Schulz, noting that some in this age group may already have kids, student loan debt, and a higher rent payment.

"Given what they’re going through, they might not have much savings — or what they have might be earmarked for a down payment on a house," Schulz added.

Millennials most likely to take on dating debt; credit cards most common

Most Americans in the survey (85%) have not gone into debt because of their dating spending habits, according to the survey.

But when analyzing the responses by generation, more than one in five millennials said they have, in addition to nearly one in five Gen Zers. Just 13% of Gen Xers between the ages of 42 and 56 have accumulated debt due to dating, and only 4% of baby boomers ages 57 to 76 in the survey have had debt from dating. 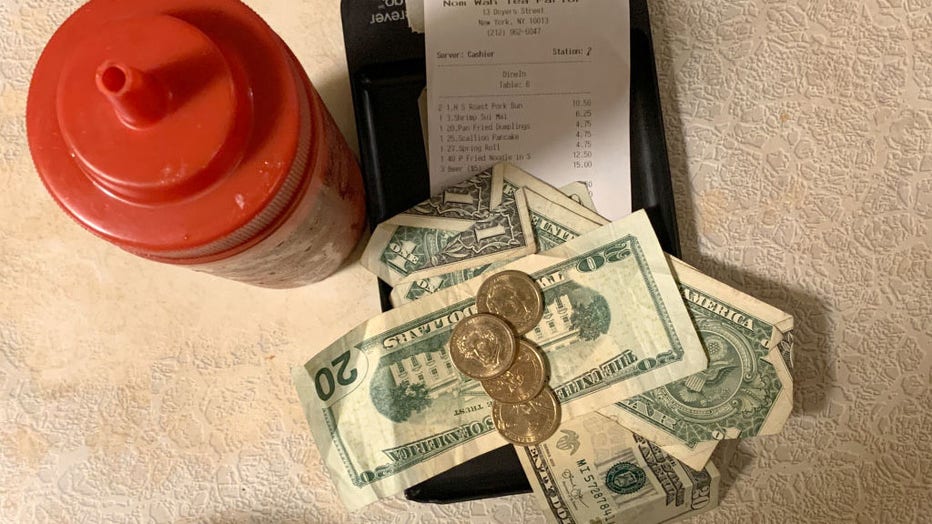 Of the Americans who said they’ve gone into debt because of their dating habits, credit card debt was the most common in the survey. A total of 7% said they currently have related debt, while 4% said they had it previously.

Some have even relied on loans to cover their dating expenses, with 2% saying they currently owe on a loan and 2% previously had dating-related debt from a loan. Additionally, 2% have previously borrowed from friends and family, and another 1% currently owe their loved ones, according to the survey.

In a potentially awkward first date, 7% of survey respondents said they have had their card declined, and 6% said it happened and they took their date out again anyway.

"Dating has always been expensive," Schulz said. "Throw rampant inflation into the mix and it can make an already challenging situation even tougher."

U.S. inflation has shown signs of entering a more stubborn phase, creating a heavy burden for American households. While gas and cheaper used cars slowed consumer prices in August, many other items rose in price.

High inflation has also kept pressure on the Federal Reserve, the agency tasked with keeping prices stable. Last month, the Fed raised its key interest rate by a substantial three-quarters of a point for a third straight time as it struggles to defeat the worst inflation in about four decades, leading to higher costs for many consumer and business loans.

Another hefty rate hike of three-quarters of a point is likely at the Fed’s next meeting in November, experts say.

With many common date activities likely more expensive due to inflation, Schulz offered a few tips to make things more affordable as Americans look for love.

Make a budget: Whether in a committed relationship or dating around, setting aside any leftover cash can help relieve the financial stress of going out on a date, he said.

Utilize available credit card rewards: To save on the next date, Schulz said to first check for any unused rewards from credit cards. "You may have points to put toward a nice dinner, a concert, or even your car ride home," Schulz said. "The truth is that if you’re not leveraging your current credit card rewards, you’re leaving money on the table, and that’s the last thing anyone should be doing today."

If short on points, consider shopping for a new rewards credit card: "The right card, used wisely, can really extend your dating budget," Schulz said. Beyond the typical rewards offered, he added that certain cards can get access to special events that could make for an amazing date.

"Whether it’s presale access for concert tickets or an exclusive dinner cooked by a celebrity chef, there are plenty of unique opportunities out there if you keep your eye out for them," Schulz said.