Mayoral Candidate Buzbee Buzbee says Mayor Turner has already backed out of two debates ahead of the December 14 runoff. This is an allegation the mayor's campaign denies.

HOUSTON - Frustration was the theme of the day for Houston mayoral challenger Tony Buzbee, who claims incumbent Sylvester Turner won't meet him face-to-face.

Buzbee says Turner has already backed out of two debates ahead of the December 14 runoff, an allegation the mayor's campaign denies. 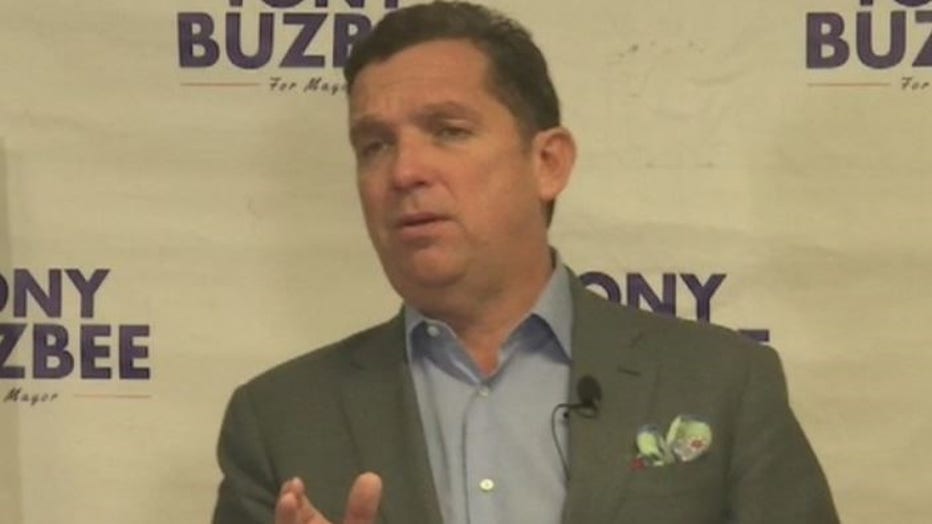 The trial lawyer turned public office seeker says Mayor Turner is obligated to defend his record leading the city over the past four years.

At a Thursday afternoon press conference, Buzbee issued a challenge directly to his opponent.

"If you really think you have done a good job, debate me. You are being paid, I'm paying you, everybody is paying you. Show up and tell the citizens and the residents of the city what your vision is," said Buzbee.

“Mayor Turner and Mr. Buzbee participated in three televised debates plus multiple forums in front of various groups and neighborhoods across the city before the general election. The Mayor did not cancel any runoff debates because he did not schedule any—he declined the invitations. To give a platform for more of Mr. Buzbee’s lies and attempts to take credit for proposing programs the city is already doing would be a disservice to the voters of Houston.”