KATY, Texas - It was quite a scare in Katy ISD where an old cell phone is being blamed for nearly a dozen Junior High School students being injured.  It happened at Mayde Creek Junior High.

It was around 11:30 a.m.  Seventh graders were having lunch when students say they heard pops and the cafeteria began filling with smoke.

The school day doesn’t normally end with news helicopters flying overhead and police and paramedics rushing to the building to help injured students but that’s what happened at Mayde Creek Junior High on Valentine’s Day.

"It’s really, really scary because you’re contemplating all these things in your mind before you know anything,” explains Jon Black whose son attends the school.

As parents rushed to the junior high school they found out several kids having lunch had been playing with and taking apart an old damaged cell phone with a cracked screen that no longer worked.  When one boy bent the battery it overheated.

"The cell phone gets hot and it just starts smoking and that’s what happened,” explains Katy ISD Chief of Police Robert Jinks. 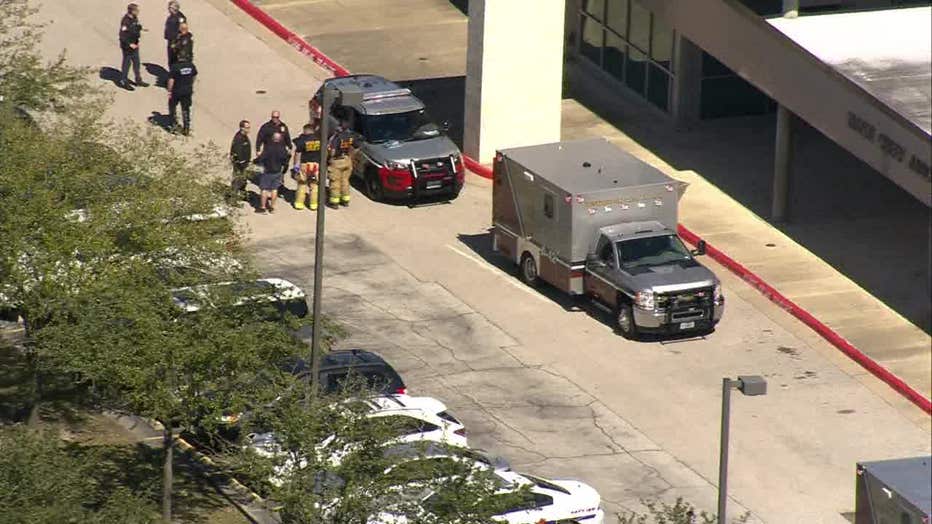 "Everybody was panicking and standing up on the tables and there was smoke everywhere,” adds 7th grader Isaiah Goff.

There was a pretty strong smell?  "Yeah, it was around the school.  You could smell it,” says 8th grader Mark Mendoza.

"Everybody was coughing and everything,” adds Goff.

According to the Harris County Fire Marshal’s Office the phone overheated, sending sparks flying and it started smoking.

Ten students were taken to the hospital for smoke inhalation.  "We do know they did not suffer life-threatening injuries,” says Katy ISD Spokesperson  Maria DiPetta.

The boys who were playing with the phone are not expected to face disciplinary action.

The purpose of this message is to inform you that today during lunch a student’s cell phone battery began to smoke.  Students in the cafeteria were immediately relocated to the gym.  The campus did not need to be evacuated and remained on schedule.  Any student experiencing distress from the smoke were referred to the nurse.  EMS services were called to the campus to provide additional medical services as needed.

I would like to reassure parents that the safety of our students at MCJH and throughout Katy ISD is a top priority.

If you have any questions, please do not hesitate to contact me.