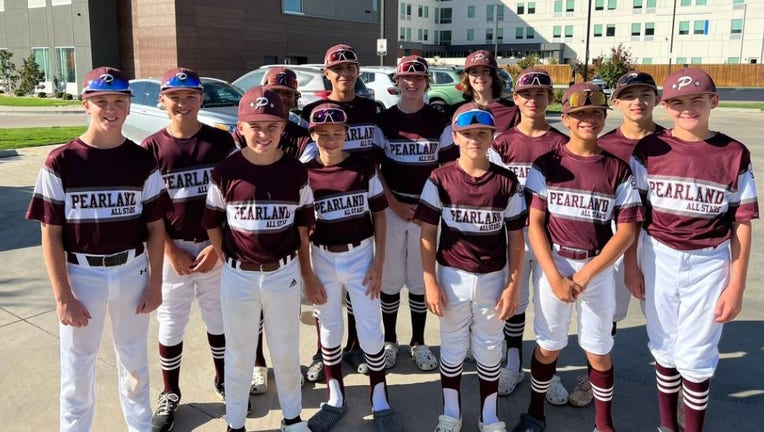 HOUSTON - Before they head off to Williamsport to play in the Little League World Series, the Pearland Little League is heading to the Houston Astros game Wednesday night.

Jim "Mattress Mack" McIngvale gave a bunch of tickets to the last game of the Lone Star Series against the Rangers to the team.

Pearland coach Andrew Solomon said Mack asked how many tickets he would need for the team and their families and the 2015 team, which also made it to the LLWS.

"It's going to be cool to have the 2022 team meet a bunch of the players from the 2015 team, who went through the same thing seven years earlier," said coach Solomon. "They're all going into their sophomore or junior years in college. They're going to come back and talk to the 2022 team and enjoy some Astros baseball."

Mack tells FOX 26 Sports Director Mark Berman it all comes from his love of baseball.

"I'm a big baseball fan. I think baseball has to grow through Little League and Pearland Little League is going to the World Series. It's exciting for the entire city," he said. "I'm just thrilled to be able to help. It's a feel-good story all the way around."

The Houston Astros are certainly aware of Pearland Little League’s success and couldn’t be happier for the local kids. That organization has been to the Little League World Series in 2010, 2014, 2015, and is back again this year!

Not only did Mattress Mack invite the team to the game, but he also gifted them a big check that coach Solomon says is mostly going toward travel expenses.

Pearland beat Tulsa 9-4 on Tuesday in the Southwest Regional Championship in Waco to clinch their spot in the LLWS.

The 2022 Little League World Baseball World Series begins on August 17 in Williamsport, Pa., with the final championship game on August 28.

Pearland’s first game of the series will be at 7 p.m. on Thursday, Aug. 18 at Lamade Stadium.