FOX 26 Reporter Natalie Hee has more on the arrival of Simone Biles returning to the Houston-area after competing in the 2020 Olympics in Tokyo.

The warm, patriotic welcome started minutes before Simone Biles even walked off the plane.

But before the 24-year-old braced the massive crowd, she made a beeline for her mother, Nellie, to give her a big, long hug.

At every corner of Bush Intercontinental Airport from the gate to baggage claim, were hundreds of fans and fellow athletes eager to catch a glimpse of ‘the greatest gymnast of all time’.

"Simone is the main person that inspired my daughter to start gymnastics," said Sharmira Johnson, whose daughter trains at Simone's gym in Spring, World Champions Centre.

At one point, the crowd grew so large, Biles and Chiles needed to be escorted into a private room.

But even as the Olympic duo headed home, more people were lined up outside a Spring neighborhood for a drive-by parade.

Biles made international headlines during the Tokyo Olympics after withdrawing from the team finals, citing a case of the "twisties" and needing a break for the sake of her mental health.

A week later, she returned to the competition floor and secured a bronze medal on the balance beam finals. 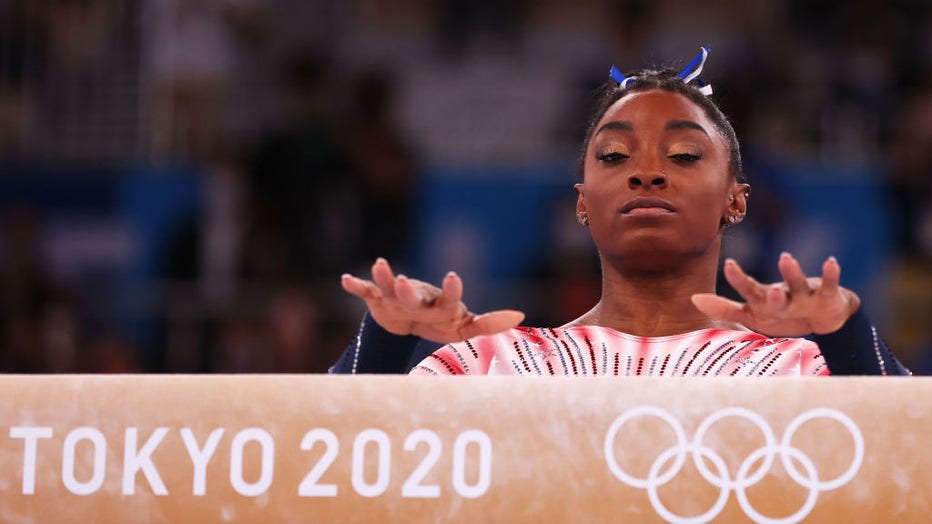 It marked her 7th Olympic medal in her career and earned her the title of the most decorated gymnast in American history.

"I was super emotional. It was just hard for our family not to be there so now that we are, we can hug her and physically touch her. It’s really nice," said Adria Biles, Simone's sister.

"I think proud is an understatement. I think she’s so amazing and I don’t think enough people put mental health in front of like as a priority, and I’m so glad she can be an advocate for that, like inspire people and tell them that it’s okay," Adria Biles said.

"I told her, I’ve never been more proud of you for doing what you did. She set a statement for all athletes and it’s super important," said Moore.

Up next, Simone Biles will head on the Gold Over America Tour with a team of all-star, female gymnasts starting in September.

Her loved ones say before then, she’ll be taking a much-needed break until she returns to training.