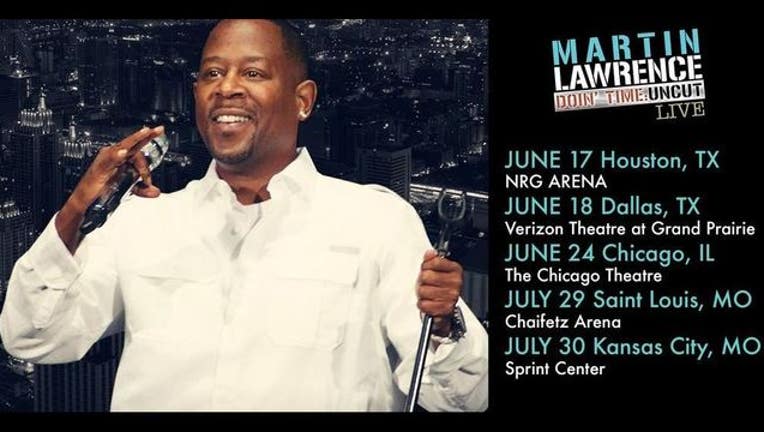 LOS ANGELES (May 2, 2016) – Comedian, actor, director and producer Martin Lawrence has added five more markets to his DOIN’ TIME: UNCUT LIVE tour—Lawrence’s first stand-up tour in four years—bringing the show to legendary venues across the country.  Lawrence’s upcoming tour dates includes a marquee engagement at Barclays Center on Saturday, May 14 – his first NYC show in fifteen years – as well as a performance at the Chicago Theatre on Friday, June 24.  Lawrence has made a triumphant return to the stand-up stage wowing audiences with his signature style of hilarious stories, social commentary and more.

Martin Lawrence started in stand-up comedy at the legendary The Improv, where he honed his talents until he was asked by Russell Simmons to host his groundbreaking comedy series Def Comedy Jam on HBO. From there, Lawrence became a household name after his hugely popular self-titled TV show, Martin, was an instant hit with TV viewers. He starred for five years as not only the title character, but other support characters like the sassy Sheneneh and Mama Payne, who became comedy classics. Lawrence would later go on to star in comedy blockbusters like Bad Boys  1&2  A Thin Line Between Love and Hate, which he also directed and Big Momma’s House, 1, 2 & 3 where he once again proved his talent for creating and acting as multiple characters in one storyline.

Tickets for the newly added shows go on sale to the general public on Friday, May 6.  American Express cardholders can purchase tickets beginning Wednesday, May 4.