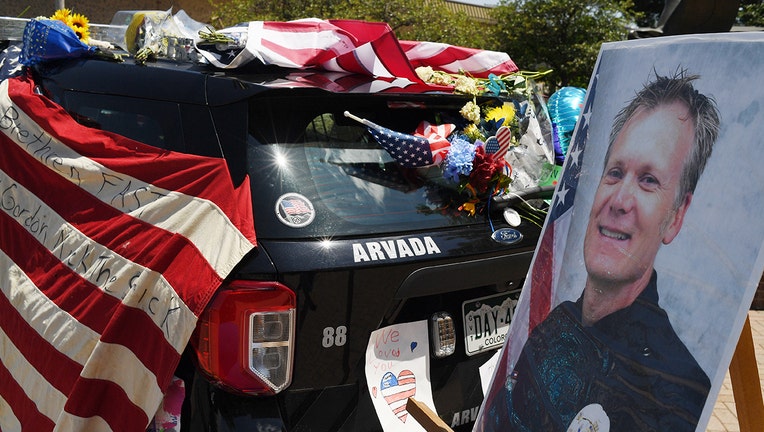 ARVADA, COLORADO - JUNE 22: Flowers, flags and notes cover a patrol car and bike outside Arvada City Hall during a memorial for Arvada Police Officer Gordon Beesley on June 22, 2021 in Arvada, Colorado. Officer Beesley was killed during a shooting in

ARVADA, Colo. - A man who intervened in a shooting that killed a police officer near Denver was shot and killed by a responding officer while holding the suspect's AR-15, police said Friday.

Johnny Hurley, who has been described by police as a hero who prevented further bloodshed, shot suspect Ronald Troyke on Monday after Troyke gunned down Officer Arvada Officer Gordon Beesley with a 12-gauge semi-automatic shotgun.

After shooting Beesley twice, Troyke shot out the windows of police cars in the city's downtown district, returned to his truck to get an AR-15 and was confronted by Hurley, who shot him with a handgun. When an officer arrived, Hurley was holding Troyke's AR-15 and the officer opened fire, police said.

The shooting occurred Monday in a suburb near a library in Arvada's historic downtown with popular shops, restaurants, breweries and other businesses about 7 miles northwest of downtown Denver. 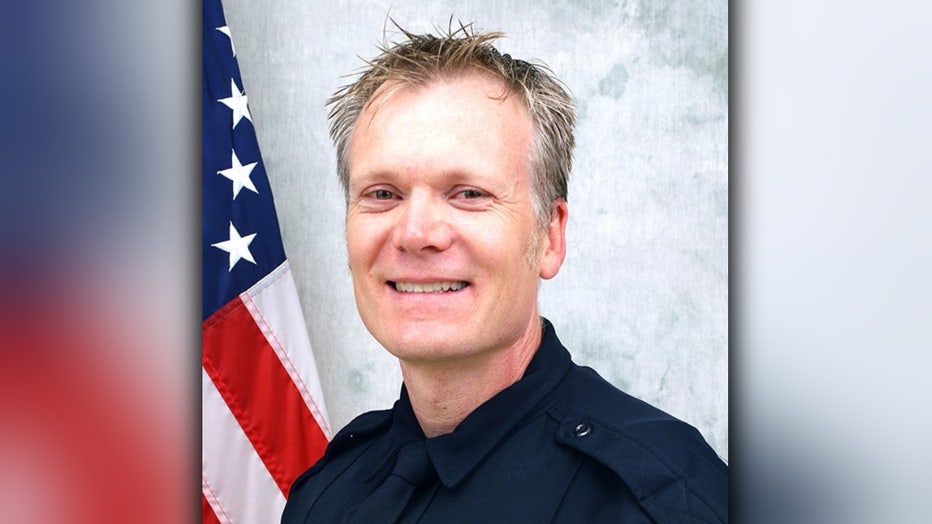 A store worker said Hurley was shopping when he heard the gunshots and ran out to confront Troyke with his own gun. Police had not previously confirmed Hurley's role or said who shot him.

Police say Beesley was targeted because he was an Arvada police officer and that Troyke had expressed a hatred for them.

Police revealed Friday that a document written by Troyke said he planned to kill as many Arvada police officers as he could, including saying, "We the people were never your enemy, but we are now" and "This is what you get, you are the people who are expendable."