A man boarded a flight wearing a gas mas to allegedly protect himself from the Novel Coronavirus. FOX 26 Reporter Maria Salazar speaks with one of the people on that American Airlines flight.

HOUSTON - A panic broke out on an American Airlines flight to Houston on Thursday night after a man on the plane was spotted wearing a gas mask.

The flight was delayed an hour, according to passenger Joseph Say. Those on the plane became panicked and the man eventually had to be escorted off the plane.

Say told FOX 26 the man did not have a filter on the gas mask. 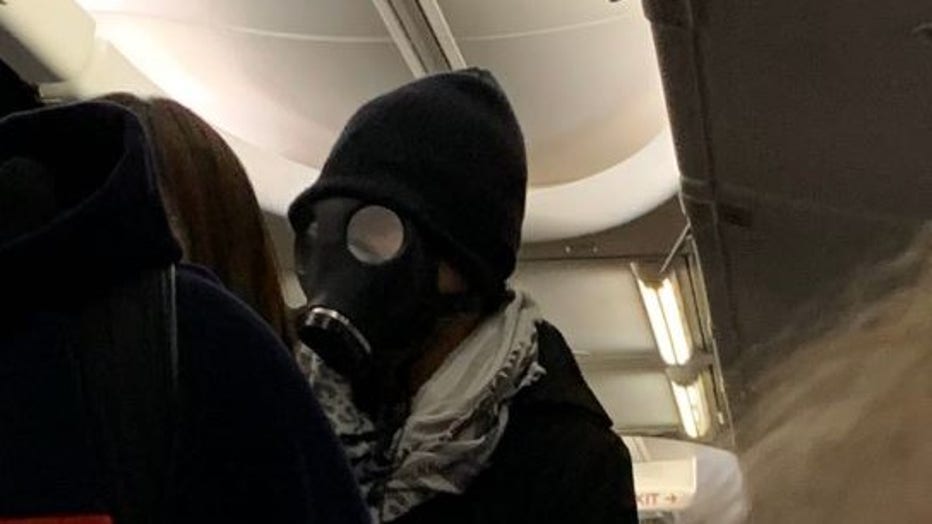 "I just thought it was funny, like, he didn’t understand how to use a gas mask and I kind of blew it off," added Say. "But, there were several people around me who started to panic."

Say also said he overhead the man was wearing it to make a statement but never disclosed what it was.

American Airlines did not immediately return a request for comment.

"Thanks for your tweet. Our team is aware of this and worked with local officials. Let us know if you need any assistance with your trip."