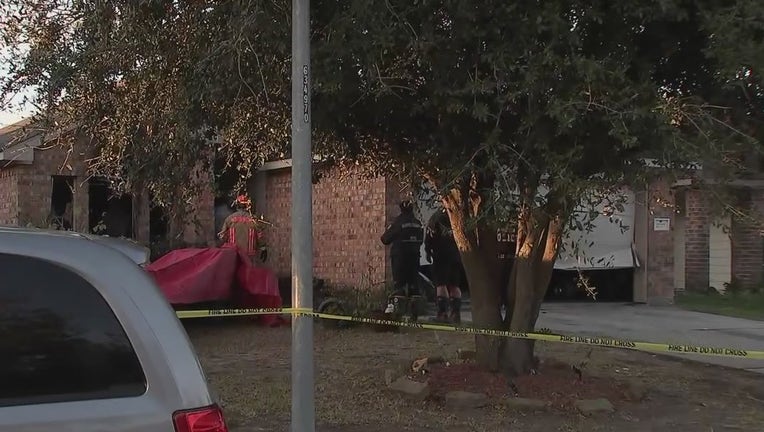 Firefighters and investigators responded to a house fire on Trementina Drive on January 7, 2022.

HARRIS COUNTY, Texas - A 53-year-old grandmother, who was believed to have died in a Harris County house fire two weeks ago, was actually strangled to death by her son-in-law before the fire was set, according to Harris County Sheriff's Office.

Xavier Jawin Howard has been charged with murder in the January 7 death of Tammy Mouton.

HCSO homicide investigators discovered that Howard, 34, intentionally set fire to his house, located in the 2700 block of Trementina Drive, to hide his mother-in-law's strangulation death.

Howard initially fled the scene and then returned minutes later to help neighbors remove his two children, ages 8 and 10, from the home.

Howard and his children were taken to the hospital after being found unresponsive and suffering from smoke inhalation.

PREVIOUS STORY: A grandmother died in a Harris County house fire. Her son-in-law and his two young daughters were taken to the hospital for smoke inhalation. The fire marshal says no smoke alarms were in the home.

According to HCSO, Mouton, 53, had recently moved into the residence.

Howard has been arrested and booked into the Harris County Jail.