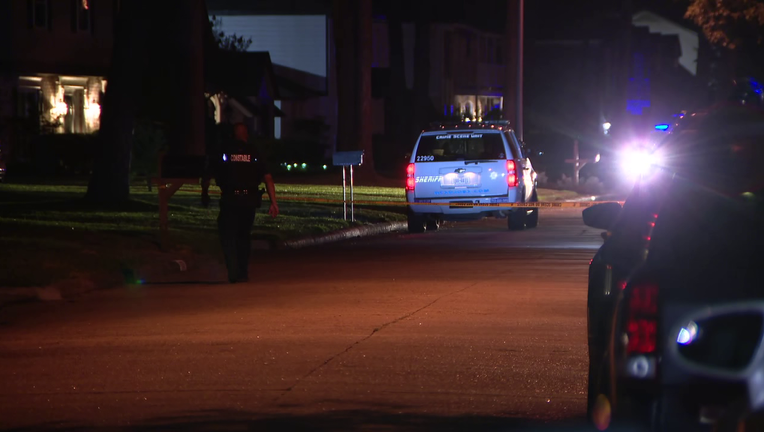 Photo from the scene at 10700 block of Brentway Drive.

HARRIS COUNTY, Texas - A man was reportedly shot and killed during an attempted carjacking in northwest Harris County, according to the sheriff’s office.

The shooting was reported around 7:07 p.m. Monday in the 10700 block of Brentway Drive.

EMS responded to the scene and pronounced him dead.

According to HCSO, witnesses reported that Ramirez was shot during an attempted carjacking.

The HCSO Homicide Unit and Crime Scene Unit responded to the scene for the investigation.

The investigation is ongoing and investigators urge anyone with information about this case to contact the Harris County Sheriff's Office Homicide Unit at 713-274-9100 or Crime Stoppers at 713-222-TIPS (8477).