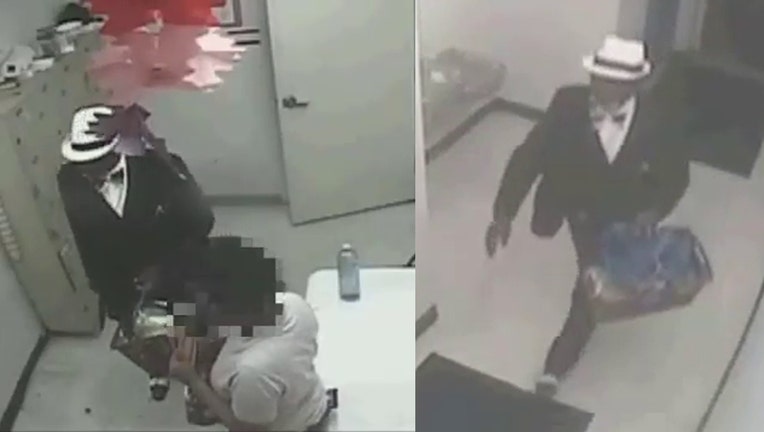 HOUSTON - Police are asking for the public's help in identifying a man in a suit responsible for the aggravated robbery of a 99 Cent store in Houston.

It happened on Sunday, October 6 around 3:14 p.m., when the man walked into the store located at the 11800-block of Bissonnet.

Police say the suspect approached the manager while holding a knife in one hand and a gun in another and demanded that she take him to the back office or he would start shooting people inside the store.

Crime Stoppers and the HPD’s Robbery Division need the public's assistance identifying this dapper suspect responsible for aggravated robbery with a deadly weapon.

The man then placed the knife to the manager’s throat and followed her as she led him to the office. He then forced the manager and an employee to open the safe and place the money in a bag.

The suspect then placed the gun in his waistband and casually walked out of the store.

Crime Stoppers is offering a reward for information leading to the charging and/or arrest of the suspect.