FOX 26 Reporter Tiffany Justice has more on the search for a sexual assault suspect. (EDITOR'S NOTE: This video is from a previous story on the case.)

FRESNO, Texas - A 19-year-old has confessed to sexually assaulting a jogger in Fresno, Texas back in March, Fort Bend County Sheriff’s Office says.

Sheriff Eric Fagan and Captain Dalia Simons with the Criminal Investigations Division held a press conference on Wednesday to announce the arrest of Maleek Jamal Tristan. He is now charged with sexual assault.

According to FBCSO, on Tuesday, March 22, sheriff’s deputies responded to the 4000 block of W. Teal Run Estates where a female jogger had been attacked in broad daylight.

The 48-year-old victim was jogging on the track surrounding the retention pond behind the Estates of Teal Run Recreation Center when she reportedly was dragged to the ground and sexually assaulted by an unknown man.

Within two weeks of the assault, FBCSO investigators were able to identify Tristan as a person of interest, with support from Houston Police Department's sketch artists. Their sketch helped the public name Tristan. 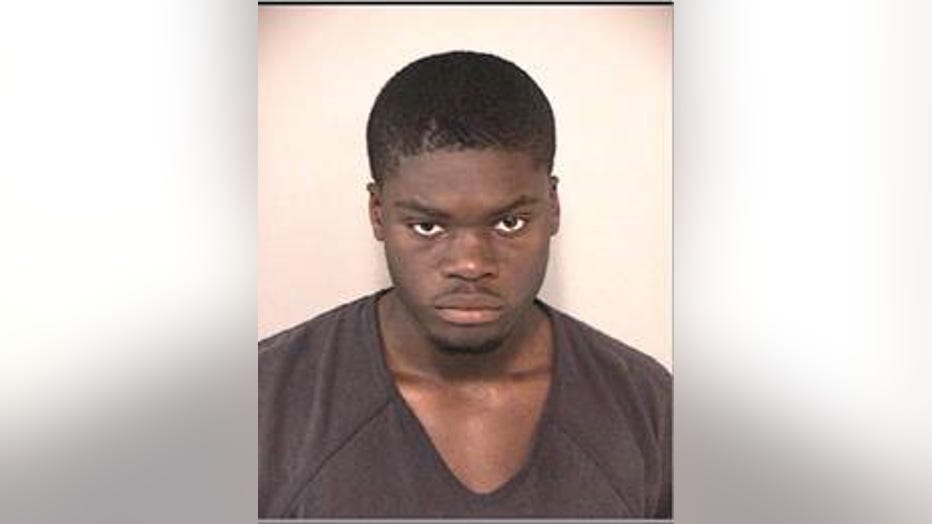 Maleek Jamal Tristan, 19, is charged with sexual assault in the attack of a female jogger in Fresno on March 22.

Despite cutting his hair to change his appearance when he turned himself in to the sheriff’s office on May 28 on unrelated open warrants for evading bond forfeiture and criminal trespass, the victim was able to identify him as her alleged attacker.

Fort Bend County sheriff's deputies arrested Tristan two days later, when he eventually confessed to the crime and provided details that were unreleased to the public.

Several agencies helped in the investigation as did Fort Bend County citizens, who provided tips to the sheriff's office.