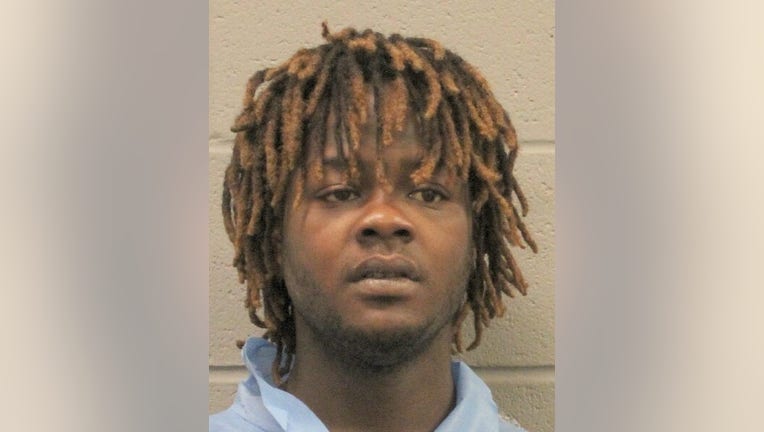 HOUSTON - One man is facing charges after assaulting and stabbing his pregnant girlfriend on Wednesday in Houston, police said.

According to a release, Emmanuel Mallard, 27, is charged with aggravated assault of a family member and violation of a protective order in the 208th State District Court.

The report stated the victim, Jeremeisha Richards, 27, was taken to an area hospital in unknown condition.

Detectives determined Mallard stabbed Richards, who is five months pregnant with his child, on both sides of her stomach, back and then struck her several times in the head with a tire iron.

Police said Richards managed to diver the shirt, struck Mallard with an object and then ran away from him.

Mallard was last seen fleeing from the residence.

Anyone with information on this case or where Mallard is should contact the Houston Police Department Major Assaults & Family Violence Division at (713) 308-8800 or Crime Stoppers at (713) 222-TIPS.