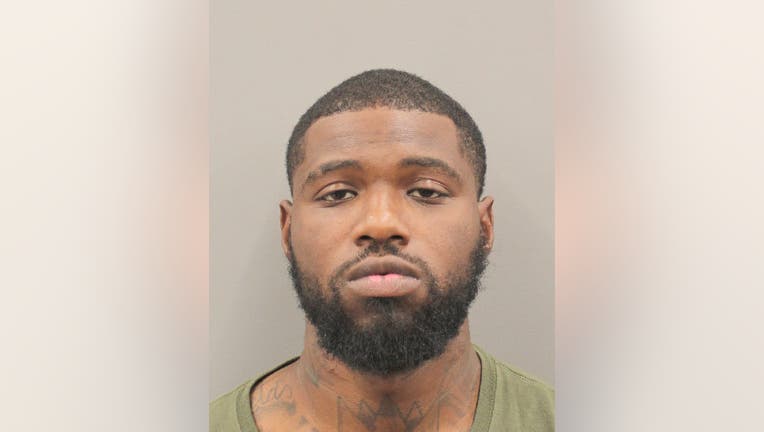 Brandon Deonte Cooks, 26, is charged with murder and aggravated assault with a deadly weapon in the 232nd State District Court.

HOUSTON - Houston police are searching for the suspect in a shooting that left a man dead and a woman injured.

Brandon Deonte Cooks, 26, is charged with murder and aggravated assault with a deadly weapon.

The shooting occurred in the parking lot of an apartment complex on Hayes Road near Meadowglen Lane on January 4.

According to police, a man and a woman were sitting in a parked car when they were approached by a suspect who fired multiple gunshots.

The 26-year-old man in the car died. The 39-year-old woman was taken to the hospital in stable condition.

The suspect fled the scene after the shooting. Following an investigation, police identified Cooks as the suspected shooter.

Anyone with information on Cooks' whereabouts is urged to contact the HPD Homicide Division at 713-308-3600 or Crime Stoppers at 713-222-TIPS.