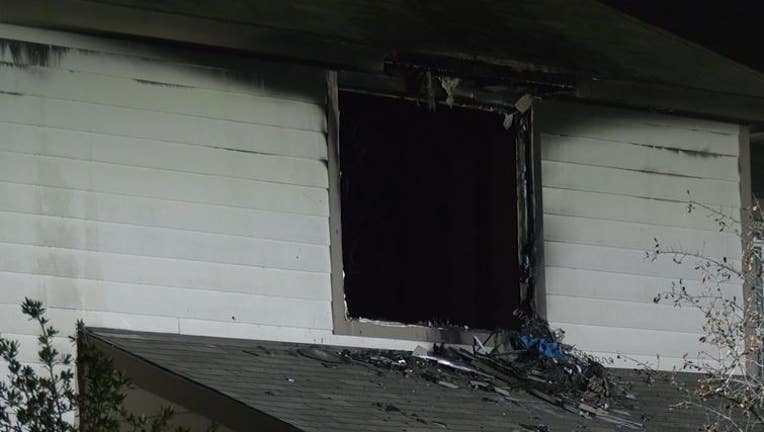 HOUSTON - Authorities have a man behind bars for allegedly chasing his girlfriend with a knife during an argument before setting fire to their bedroom in northeast Harris County.

Constable deputies in Harris County Precinct 3 were called to a home in the 12900 block of City Green Trail around 6:30 p.m. Thursday. Responding officers found a couple fighting outside the home and flames inside, so firefighters were called to the scene.

A young girl was rushed to the hospital for smoke inhalation, officials said, after she might have run inside the house after the fight but when the fire started, ran back out.

Preliminary details are Miguel Quintana, 38, and his girlfriend were having a fight before he chased her with a knife and set fire to their bedroom.