The Houston Texans introduced Lovie Smith as their new head coach at a press conference on Tuesday, where he answered questions from the media about his new role as leader of the team.

HOUSTON - The Houston Texans have hired defensive coordinator Lovie Smith as their next head coach.

Smith joined the Texans organization in 2021 as associate head coach and defensive coordinator.

During the search process to find their next head coach Texans officials were in discussions with Smith about remaining in his current position.

Over the last few days, the focus of those talks changed with the Texans strongly considering Smith as the potential candidate to replace David Culley who was fired last month.

Those discussions have advanced to the point where the expectation is Smith will become the fifth head coach in team history. 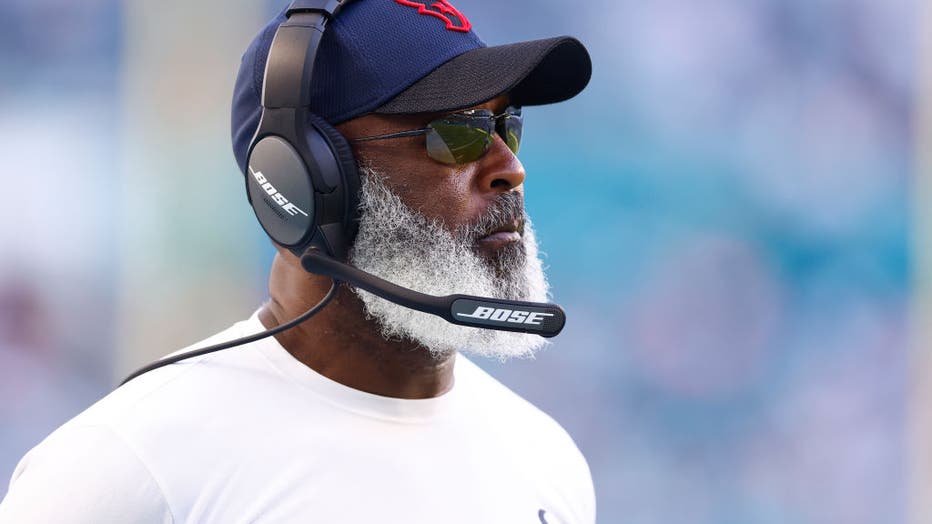 FILE: Lovie Smith looks on during the fourth quarter of Houston Texans game against the Miami Dolphins at Hard Rock Stadium on November 7, 2021, when he was defensive coordinator. (Photo by Michael Reaves/Getty Images)

Smith has had success as an NFL head coach in the past.

He was head coach of the Chicago Bears from 2004-2012, leading them to the Super Bowl following the 2006 season before losing to the Indianapolis Colts.

He was fired after going 11-5 in 2010 and winning this third division title.

Smith was not able to replicate that success with Tampa Bay where he was 8-24 over two seasons, 2014-15.

Smith is from Big Sandy, Texas, where, as a star player on defense, he helped lead the Wildcats to three consecutive state high school championships from 1973 to 1975.

DOWNLOAD THE FOX 26 APP FOR THE LATEST SPORTS ALERTS

Smith played college football at Tulsa and was named to the school’s Hall of Fame in 1999.