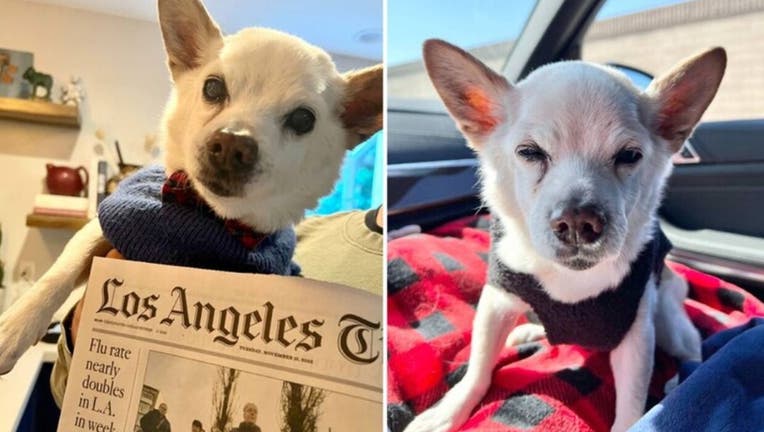 LOS ANGELES - He may be 22, but he's forever young in our hearts!

"I give him all the credit," his human, Alex Wolf told Today. "He’s gotten a lot of love, and I think he’s just a strong dog. He’s been there every step of the way… I’m so glad we got him. He’s the best."

Gino was adopted by Wolf in 2002 in Boulder, Colorado, at the Humane Society of Boulder Valley shelter, according to Guinness.

"I've taken great care of him over the years and he is still in relatively very good shape...and really cute still which is surprising considering his age!" Wolf told Guinness.

"When he was younger, he used to love exploring my parents’ huge backyard with our other dogs in Manhattan Beach, going on walks off the leash in Venice, going on drives along the coast blasting music with his head out the window, or running around on the golf course in La Quinta," said Wolf, who continues to raise the dog with his girlfriend, Rebecca.