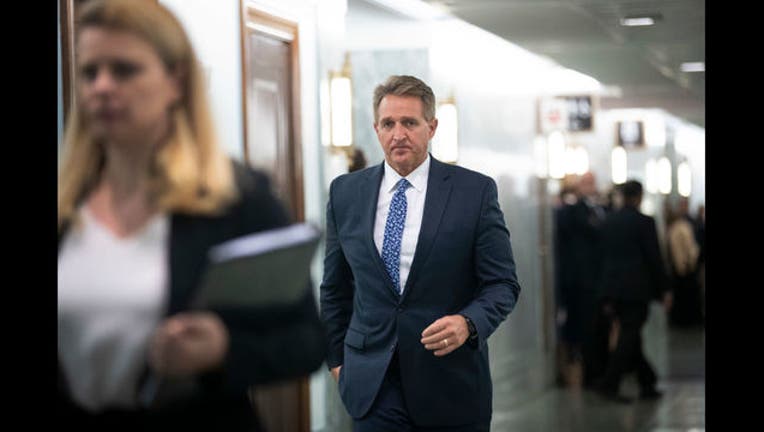 Soon after Republican Sen. Jeff Flake announced he'd vote to confirm Kavanaugh, two women cornered him in an elevator as he headed back to the Senate Judiciary Committee.

Through tears, the women implored him to change his mind about his Kavanaugh vote.

The confrontation could be seen in TV footage blocking the Arizona senator from closing the elevator door. One woman begged Flake to look him in the eye. She said: "Look at me and tell me that it doesn't matter what happened to me."

Another woman said Flake was allowing someone who "violated someone" to serve on the Supreme Court. Both women cried as they spoke to him. Flake did not respond. He looked at them, and looked at the ground as he listened.

Eventually a member of Flake's staff said they needed to go and the doors closed. A committee vote is set for 1:30 p.m. EST (10:30 a.m. PSTT) on whether to recommend Kavanaugh's confirmation to the full Senate.

Kavanaugh has denied that he sexually assaulted a woman when they were teenagers. The committee on Thursday heard emotional and sometimes combative testimony from both Kavanaugh and his accuser.