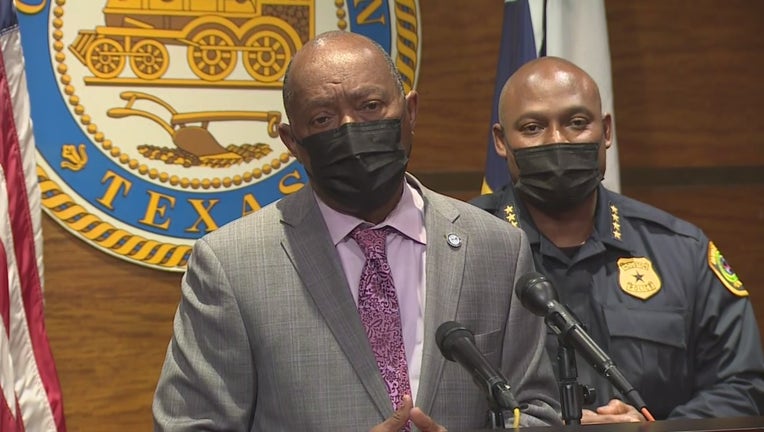 HOUSTON - Local leaders from across the city of Houston and Harris County have shared their thoughts following the guilty verdict of former Minneapolis police officer Derek Chauvin.

"This is a time for reflection. Training and treating people with respect. There is a lot of work to do so that we don't have to relieve these moments."

Harris County Judge Lina Hidalgo also reacted to the verdict saying, "As George Floyd’s hometown, the people of Harris County continue to feel his loss deep in our hearts. His family, his neighbors, his classmates and his community will never forget his death and what it represents. While the justice system served its purpose today, there’s much more work to be done toward a smarter and fairer criminal justice system. George Floyd’s legacy will be with us every step of the way."

Harris County Sheriff Ed Gonzalez reacted on social media saying, "Today’s verdict may not undo generations of unequal treatment under our nation’s legal system. But it does show we are making real progress toward a system that everyone can trust to produce real justice."

Dr. Grenita Lathan with Houston ISD said, "On this day, we say his name: George Floyd.  His face is seared into our memory, and his final words have pierced our hearts. His image is emblazoned on murals from all over the world to Jack Yates High School, his alma mater.  An HISD alum awakened not only the moral consciousness of a nation, but the world. That is George Floyd’s legacy – and now a part of HISD’s history.  But our future can be different by shifting the dialogue on social justice in our country.  As the Interim Superintendent of Houston ISD, I take that responsibility very seriously and strive to achieve educational equity in our communities. I firmly believe students will take the lessons they learn in our classrooms and build a better future for all of us."

Harris County District Attorney Kim Ogg added, "Justice is a process and these jurors showed tremendous courage in reaching a just verdict. Millions saw the video, which we all found devastating.  Our thoughts are with the family and friends of George Floyd, a Houston son whose murder is a defining moment in American criminal justice."

Former Houston Police Department Chief Art Acevedo, who was the chief of police at the time, said on Twitter, "Tonight all Americans should breath a collective sigh of relief as justice has been served in the death of #GeorgeFloyd. Police officers throughout our nation saw the same injustice in his death, that his family & the communities we serve saw. Let’s move forward in peace & unity."

Sentencing for Chauvin is expected to take place in about eight weeks.