HOUSTON - Mayor Sylvester Turner is a firm believer that laughter is sometimes the best medicine.

Turner joked with media members in a press conference on Monday, Sept. 28, when he was asked about the city allowing up to 13,300 fans in the stands at the Houston Texans game this Sunday.

"Let us pray," Turner said laughing when asked about the Houston Texans.

Turner like many Houston fans was on the edge of his seat this past weekend when the Texans visited the Pittsburgh Steelers. "I was really hoping for a win," Turner told the crowd of reporters.

The team is off to a rough start this season, going 0-3 after a loss but are looking to bounce back against the Minnesota Vikings on Sunday, Oct. 4. 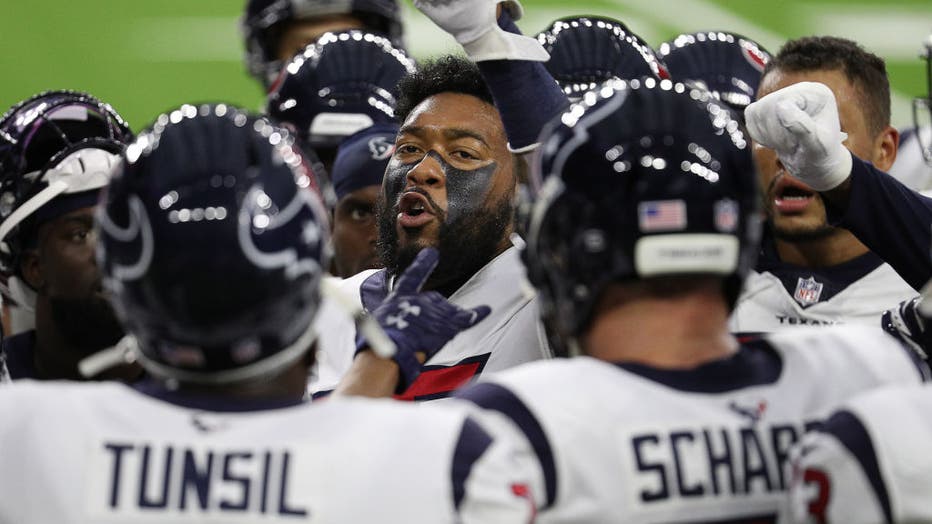 HOUSTON, TEXAS - SEPTEMBER 20: Benardrick McKinney #55 of the Houston Texans, center, talks with the team before playing the Baltimore Ravens at NRG Stadium on September 20, 2020 in Houston, Texas. (Photo by Bob Levey/Getty Images)

The city of Houston and Harris County gave the team approval to host fans in the stands at 20 percent of NRG Stadium's capacity for this week's matchup.

Turner continued adding that hopefully having more fans in the stands will give the Texans the boost to get the job done.

RELATED: Deshaun Watson's story is incredible, he has 156 million reasons to cry