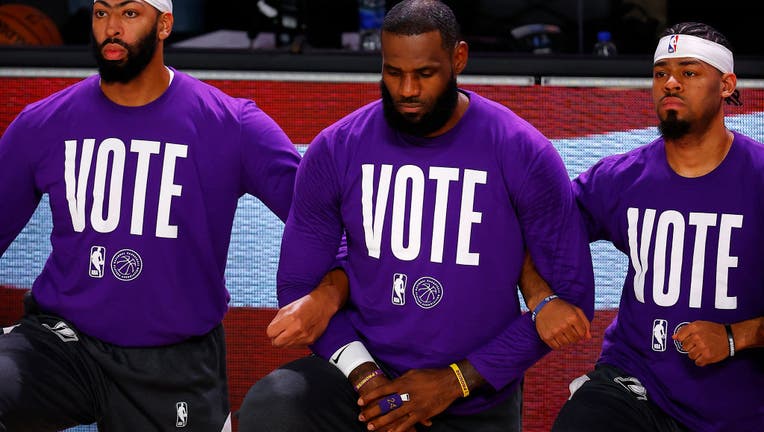 LOS ANGELES - Lakers star LeBron James has finally responded to comments made by Los Angeles County Sheriff Alex Villanueva, who challenged James to contribute to a reward to find the man who ambushed two deputies in Compton on Sept. 12, and criticized James' previous comments about racial profiling.

Asked about the sheriff's remarks after Tuesday night's Lakers' loss against the Denver Nuggets in the Western Conference Finals, James said, "I've never in my 35 years ever condoned violence. Never have. But I also know what's right is right and what's wrong is wrong."

"I grew up in an inner-city, in a Black community, in what we call the hood, or the ghetto -- however you want to picture it -- and I've seen a lot of accounts, first-hand, of a lot of Black people being, I guess, racially profiled because of our color. I've seen it throughout my whole life,'' he continued.

"And I'm not saying that all cops are bad. Because I actually, you know, throughout high school and things of that nature, I'm around them all the time, and they're not all bad. But when you see the videos that's going on, and you can see all over -- not only my hometown, but all over America, you continue to see the acts of violence towards my kind, I can't do nothing but speak about it ... But at not one time have I ever said, `Let's act violent towards cops. I just said that what's going on in our community is not OK, and we fear for that, and we fear for our lives."

After the county's Board of Supervisors approved a $100,000 reward offer on Sept. 15 for information leading to the arrest and conviction of the gunman -- an amount that was later boosted by multiple private and organizational donations -- Villanueva asked James to match it. 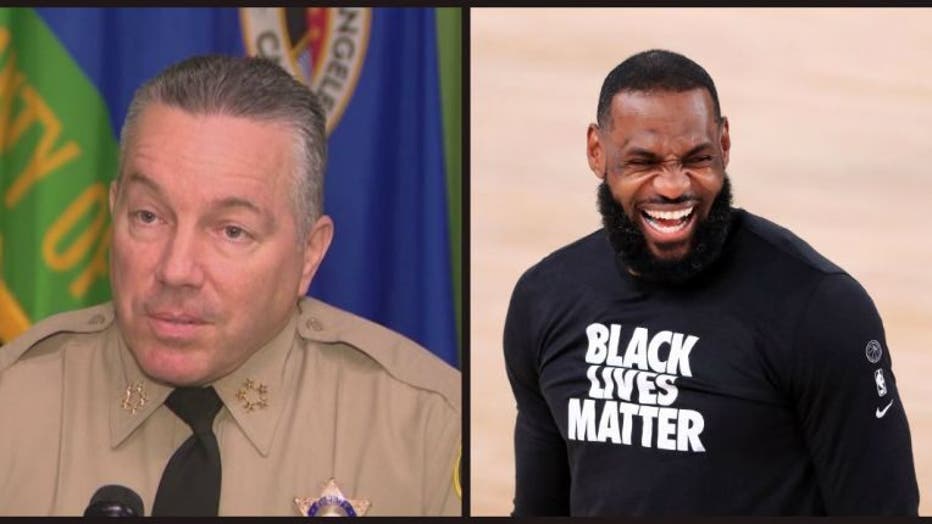 "I know you care about law enforcement,'' the sheriff said in comments directed at James. ``You expressed a very interesting statement about your perspective on race relations and on officer-involved shootings and the impact that it has on the African-American community. And I appreciated that. But likewise, we need to appreciate that respect for life goes across all professions."

Villanueva said last week that he singled out James because of the player's previous comments after last month's police shooting of Jacob Blake in Kenosha, Wisconsin.

RELATED: 'They were ambushed by a coward': LA County Sheriff Villanueva provides update on deputies shot in Compton

"He symbolized some of the comments we've heard from politicians, elected leaders, civic leaders, where they're making a broad-brush condemnation of an entire profession,'' Villanueva said. ``I just think we need to put down the broad brushes and re-focus on all the people accountable when they cross the line, as we are doing with law enforcement across the entire nation."

James refused to directly address Villanueva, saying: "I have zero comment on the sheriff."

But he reiterated that "I do not condone violence towards anyone: police, Black people, white people, people of color, people not of color,  because that's not going to ever make this world or America what we want it to be."