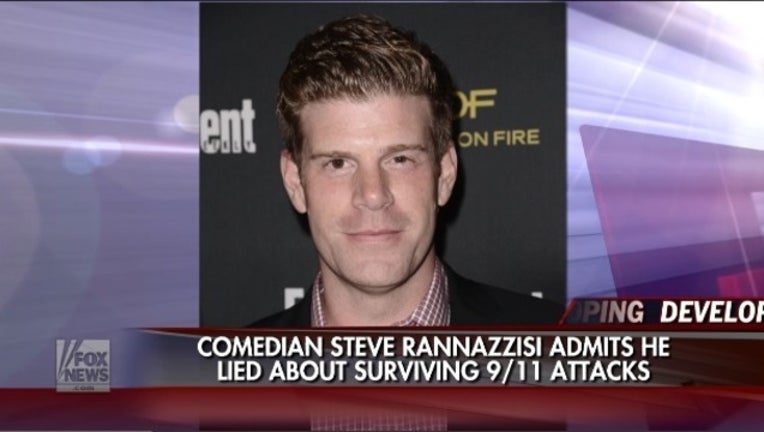 (FOX NEWS) - Steve Rannazzisi, the comedian who stars as Kevin on FXX’s “The League,” has admitted lying about escaping the World Trade Center attacks on Sept. 11, 2001.

While appearing on “WTF with Marc Maron” in 2009, Rannazzisi, 37, recounted a tale in which he worked as an account manager at Merrill Lynch’s offices on the 54th floor of the south tower.

“I was there and then the first tower got hit and we were like jostled all over the place,” Rannazzisi said at the time. “And then the Port Authority came on the loudspeaker and were like, ‘Hey, explosion in tower one, things are being taken care of, everyone remain where you are. Stay calm, we’re figuring things out.'”