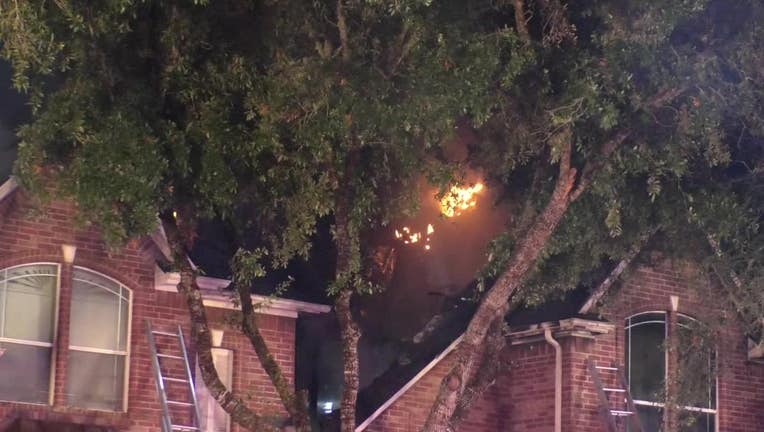 Multiple fire departments battled a fire at a home in League City.

LEAGUE CITY, Texas - A lightning strike is believed to have sparked a house fire in League City on Monday night, officials say.

The fire was reported around 10 p.m. in the 1400 block of Modeste Drive in the Cabot Cove section of the Victory Lakes subdivision.

Units arrived at the scene and found heavy fire coming from a two-story house. Officials said the lightning strike appeared to have sparked multiple fires in the home.

According to the League City Fire Department, the residents and their pets were all able to get out of the house.

Around 12:24 a.m., the League City Fire Department said the fire was out and firefighters were continuing to work on a few hot spots.

Officials say no firefighters were injured while battling the fire.