Congress holds moment of silence for 600,000 lives lost to Covid-19

Members of Congress gathered on the front steps of the U.S. Capitol to hold a moment of silence for a grim milestone: 600,000 Americans lives lost to Covid-19 since the pandemic began. Speaker Nancy Pelosi, House Minority Leader Kevin McCarthy, and Senate Majority Leader Chuck Schumer were joined by a large group of lawmakers to mark the solemn occasion. They also sang "God Bless America."

WASHINGTON - With more than 600,000 Americans dead of COVID-19 and questions still raging about the origin of the virus and the government's response, a push is underway on Capitol Hill and beyond for a full-blown investigation of the crisis by a national commission like the one that looked into 9/11.

It is unclear whether such a probe will ever happen, though a privately sponsored team of public health experts is already laying the groundwork for one.

Given that most of the disaster unfolded on President Donald Trump's watch, many worry that politics will get in the way of any inquiry, as happened when Republicans came out against a commission to investigate the Jan. 6 attack on the Capitol by Trump supporters. Others fear that a desire by many to simply move on will thwart a review.

"I think we need to get into the weeds, to look at the details to see what happened," said Sabila Khan of Jersey City, New Jersey, whose father, Shafqat Rasul Khan, died of COVID-19. "If this happens again, our loved ones died in vain."

A bill introduced by Democratic Sen. Bob Menendez of New Jersey and Republican Sen. Susan Collins of Maine would establish such a commission. 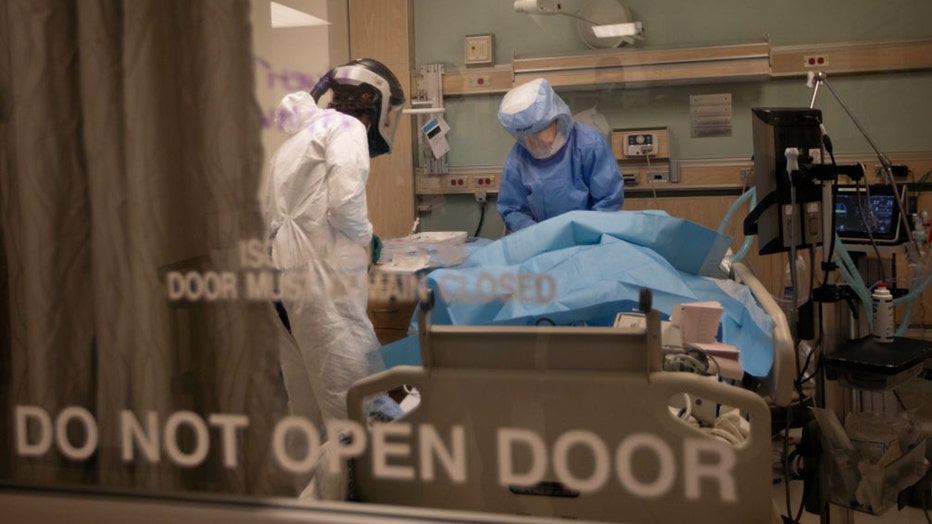 RELATED: US to invest $3B in antiviral pills to treat COVID-19, other viruses

Its inquiry could include a look at the origins of the virus; early warnings and other communication with foreign governments; coordination among federal, state and local agencies; the availability of medical supplies; testing and public health surveillance; vaccination development and distribution; the uneven effect on minorities; and government relief policies.

"The death toll from the COVID-19 pandemic is more than 200 times that of the 9/11 attacks — but Congress has yet to establish a similar blue ribbon commission to investigate the vulnerabilities of our public health system and issue guidance for how we as a nation can better protect the American people from future pandemics," Menendez and Collins wrote in an essay this week in The New York Times.

While the government crash program to develop a vaccine proved a success, the crisis in the U.S. was marked by shortages of protective gear and other medical equipment, insufficient testing, defective test kits, false or misleading information about treatments, and mixed messages on the need for masks and lockdowns.

Last month, President Joe Biden ordered U.S. intelligence to step up its efforts to investigate the virus's origins, including the possibility it escaped from a Chinese laboratory, a once-fringe theory that has gained currency in recent weeks. Many scientists have said they instead believe the virus occurred in nature and jumped from animals to humans.

Dr. Naeha Quasba of Baltimore, who lost her father, Ramash Quasba, to the outbreak, said she favors an investigation that could hold others accountable for their failures, which she said include the lack of a national response plan, inadequate health funding and lackadaisical enforcement of public health orders.

"But at this point, my dad is gone and now a vaccine is available," Quasba said. "So people are moving on to a different phase."

While no vote on the legislation is scheduled and the prospects of passage are uncertain, work already is going on that could help shape an investigation: Members of what is called the COVID Commission Planning Group have been at work for five months, trying to come up with the key questions for a commission and the best ways to get answers.

University of Virginia history professor Philip Zelikow, who is leading the planning group and was executive director of the 9/11 Commission, said dozens of experts have been enlisted with the support of charitable foundations and have identified more than 40 lines of inquiry.

"All that preparatory work is being done to be put at the disposal of whatever commission gets created, if it’s created by the Congress, created by the president or created independently and privately sponsored," he said.

Established by Congress in late 2002, the 9/11 Commission produced a 567-page report in July 2004 that began with a detailed narrative of the Sept. 11, 2001, hijackings. It went into the causes of terrorists’ hatred of the U.S., lapses that helped allow the attacks to occur and suggestions for preventing another one. Many of its suggestions were implemented, including greater intelligence-sharing between agencies.

Planning group member Marc Lipsitch, an epidemiology professor and director of the Center for Communicable Disease Dynamics at Harvard’s School of Public Health, said one possible alternative to a government-appointed COVID-19 commission would be one that is privately funded.

"The upside is that it could be done in a less politically charged way," Lipsitch said.

Another planning group member, Anita Cicero, deputy director at the Johns Hopkins Center for Health Security, said the debate over whether to investigate the Capitol attack demonstrated that the partisan divide is the first obstacle to overcome in this case.

"The idea that this should be a commission set up by one party or the other, I think that is sort of dead upon arrival. So you have to find a way that this is a truly more bipartisan and welcome effort," she said.