Water flowed from ceiling lights inside Caesar’s Palace as flash flooding hit Las Vegas on Thursday, July 28, according to reports from the scene. (Credit: Matthew Converse via Storyful)

Both a Flash Flood Warning and a Severe Thunderstorm Warning were issued by the National Weather Service for parts of the valley, which included downtown Las Vegas and North Las Vegas.

A wind gust of 59 mph was clocked at Harry Reid International Airport just before 10 p.m. local time Thursday, but the Las Vegas Strip reported a 71-mph gust as the storm blew through the city. 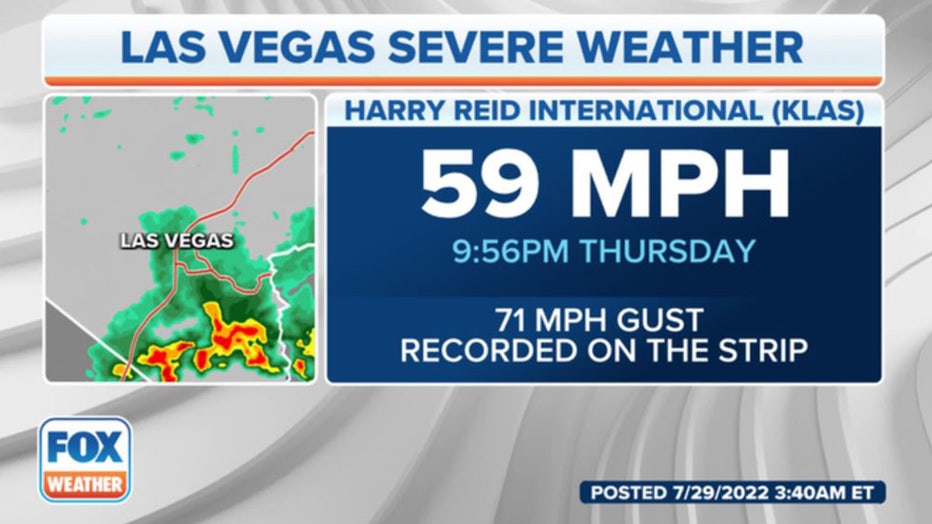 Officially at the airport, 0.32 inches of rain was recorded from Thursday night's monsoon storm. But, according to the NWS, a couple of pockets of Las Vegas received more than an inch of rainfall.

Las Vegas Fire and Rescue said it responded to various storm-related calls and urged people not to drive through flooded roadways.

HERE'S WHAT TO DO AFTER YOUR CAR IS FLOODED

Other videos shared on social media showed a flooded Las Vegas Strip parking garage, standing water along Las Vegas Boulevard, water gushing through a screen at Circa Resort & Casino and water coming through a ceiling at Caesars Palace.

The Southwest will continue to witness its deluge of monsoonal moisture stream over the region, prompting the development of showers and thunderstorms in each of the next several days. 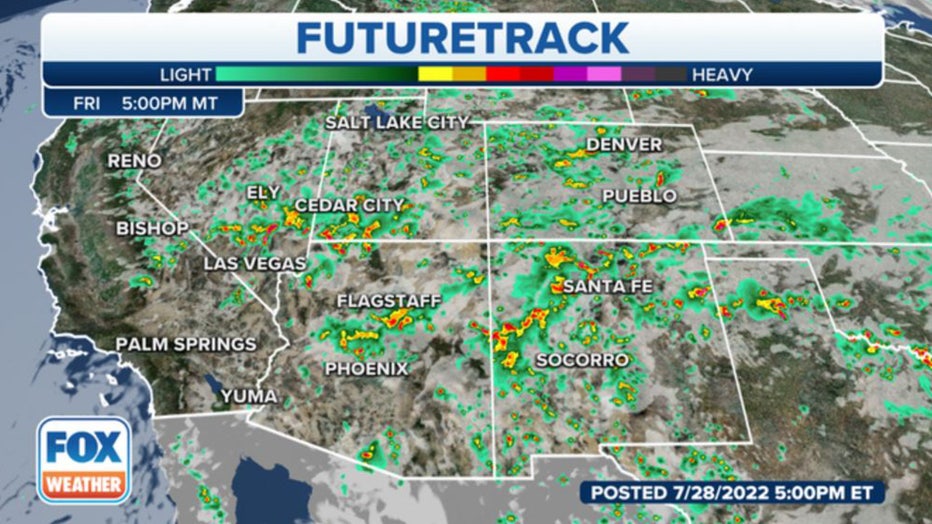 Dangerous flash flooding is expected to impact parts of the region, with torrential rain rates up to 2 inches per hour possible in the heaviest downpours.

The highest threat of flash flooding will likely be in parts of Arizona and New Mexico into the weekend. 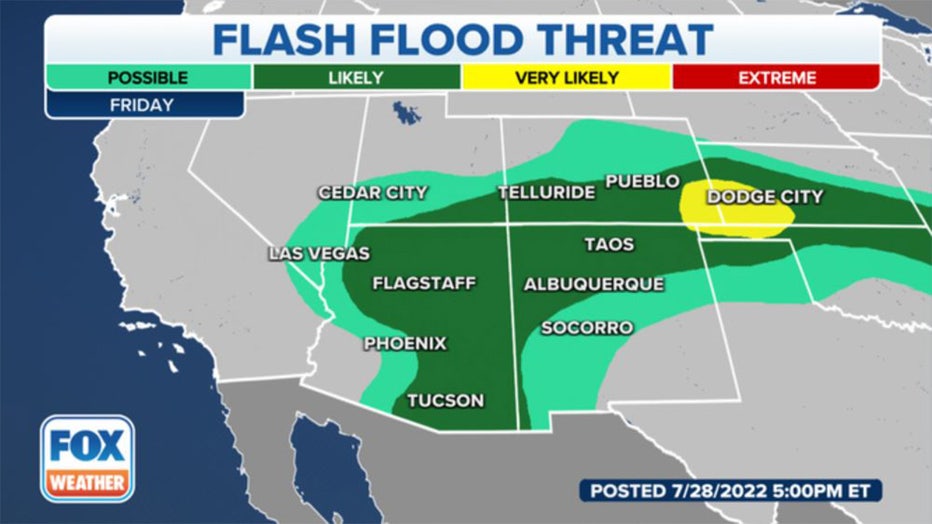 Areas that are most vulnerable to flash flooding remain near burn scars, in slot canyons, in locations that have overly saturated soils and in more heavily urbanized areas of the Southwest.

Flood Watches remain posted for much of the Four Corners region over the next few days to cover the flash flooding potential. This includes the cities of Phoenix, Tucson, Flagstaff, Albuquerque, Santa Fe and Alamosa, Colorado. 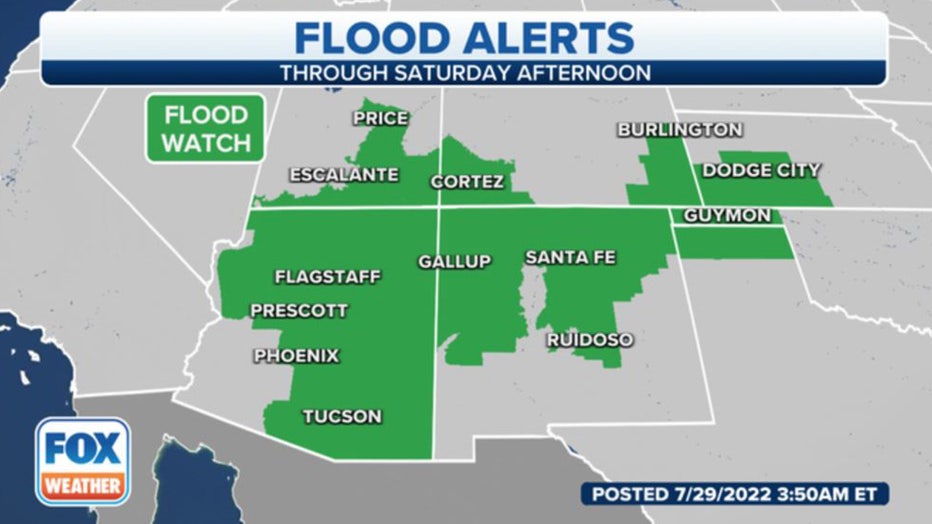 CLICK HERE TO GET THE FOX WEATHER UPDATE PODCAST

Be sure to download the FOX Weather app to track any storms in your area and receive potentially life-saving weather alerts issued by the National Weather Service. The free FOX Weather livestream is also available 24/7 on the website and app and on your favorite streaming platform. The FOX Weather Update podcast also provides weather information for the entire country.