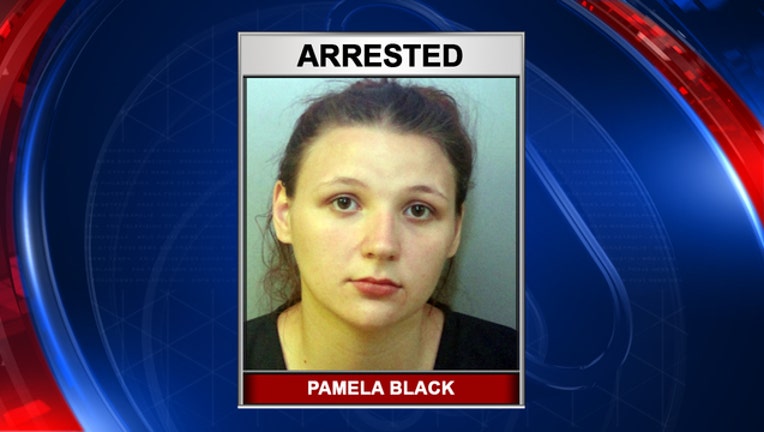 LAKELAND, Fla. (FOX 13) - A 21-year-old mother brought her 11-month-daughter to a Lakeland hospital back in October 2018 with severe burns over half her body. Pamela Black told doctors she turned her back while bathing the child in the sink when scalding water began pouring over the child, according to Lakeland police.

Serenity Gunter spent almost two weeks in intensive care before she succumbed to her injuries, but an autopsy showed burns weren't the only injury the little girl had suffered, according to the Lakeland Police Department.

In October, Pamela Black said while she was bathing Serenity in the sink, she turned her back for about two minutes to clean the kitchen countertop. Black told investigator when she turned back around, hot water was running from the faucet.

Black told police her daughter must have “bumped it,” referring to the hot water knob. Black said she turned the water off, grabbed the child, and wrapped her in a towel.

Black and her husband, Taylor Smith, said they put aloe and baby powder on the child's burns. A friend who was in the apartment drove them to Lakeland Regional Health about one and a half hours later.

Police said the child had third-degree burns to over 50% of her body. She was then taken to Tampa General Hospital.

An autopsy later showed the child suffered a “brain bleed.”

"The burn pattern indicated that her daughter was intentionally compressed inward and the burn was consistent with an immersion burn. The [medical examiner] noted that it would take approximately two seconds for her daughter to sustain third-degree burns, with the water temperature at 145 degrees," Lakeland police said in a release to the media.

Medical professionals told detectives the burn patterns did not seem to match Black’s account of what occurred.

"Based on the physical evidence from Serenity Gunter’s body, detectives believe these burns were purposely inflicted and her body was manipulated prior to being immersed into scalding water in the kitchen sink. The autopsy revealed evidence to support that the child had been purposely shaken during the same time the burns were sustained," Lakeland police said.

Pamela Black was arrested April 23 and charged with aggravated child abuse and aggravated manslaughter of a child. She was held with no bond.