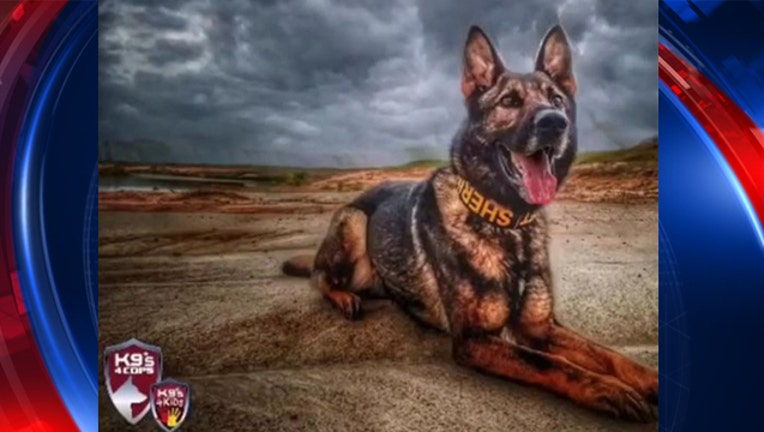 Police say Dabrett Black, 32, fatally shot Trooper Damon Allen during a stop near Fairfield on Thursday before fleeing. Law enforcement officials apprehended him hours later about 110 miles to the south, near Prairie View.

The Waller County Sheriff’s Office on Friday wrote that K9 Odin and his human partner Dep. Andrew Blauser, along with other officials, helped find and detain Black.

“We would like to thank all the agencies that came together to assist in ending this situation without further incident,” WCSO wrote. “Great job to K9 Odin and his partner Deputy Blauser.”