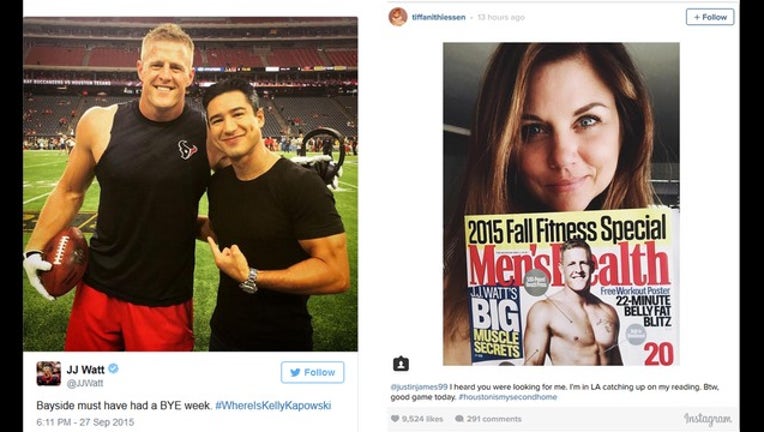 HOUSTON (FOX 26) - We've already checked! The "Saved By The Bell" star Tiffani Thiessen also known as "Kelly Kapowski" Wikipedia page says she has married since 2005 and has two children, but after photos on Instagram surfaced, many started wondering...could this be a thing? According to HoustonTexans.com, after the game, Watt commented on his picture with former "Saved By The Bell" star Mario Lopez from his Twitter account  with the hashtag #WhereIsKellyKapowski.

Hours later she replied that she was simply catching up on her reading and posted the Men's Health magazine (the one with Watt shirtless on the cover).  She slso added the hashtag #HoustonIsMySecondHome.

Flirting a bit? Maybe the Wikipedia is out of date. Thoughts?