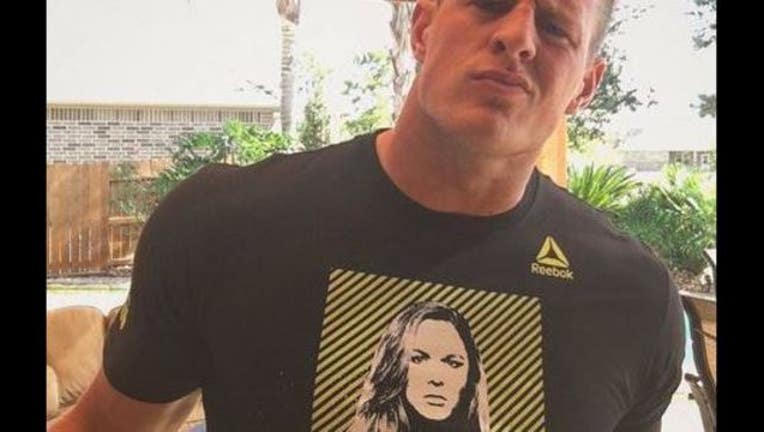 Watt shared to Twitter of picture of himself wearing a Ronda Rousey Reebok t-shirt with the caption, "when someone asks who's going to win the fight tonight. #andSTILL"

Both Watt and Rousey appeared in an ad for Reebok together earlier this year.