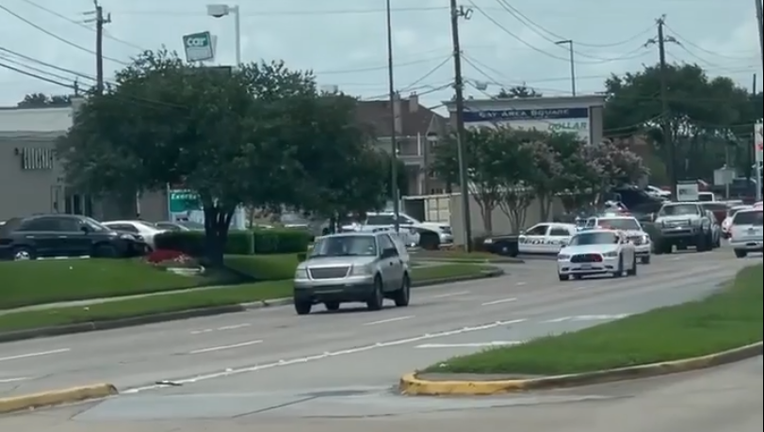 Photo from the pursuit.

HOUSTON - The westbound lanes of Interstate 610 at Cullen in Houston are flowing again after being closed following the conclusion of a police pursuit.

According to the Harris County Precinct 8 Constable's Office, the Webster Police Department initiated a pursuit involving a suspicious vehicle at Costco on the Gulf Freeway around 2:15 p.m.

Authorities said the vehicle refused to stop so Precinct 8 Constables were called in to assist.

We're told the pursuit wound around the Clear Lake area, then northbound on the Gulf Freeway.

Precinct 8 Constables attempted to spike the vehicle multiple times, but the driver continued and later lost control and stopped.

Authorities said they attempted to do a felony take down but the suspect refused to comply as officers couldn't see his hands. The Houston Police Department SWAT Team was called out to assist.

As the SWAT team was headed to the scene, the suspect attempted to continue on but Houston police were able to stop the driver again.

Police said the suspect was hit by a Taser and was taken to Ben Taub Hospital.

No shots were fired and there were no injuries, according to authorities.

The suspect will be turned over to the Webster Police Department for felony evading charges.