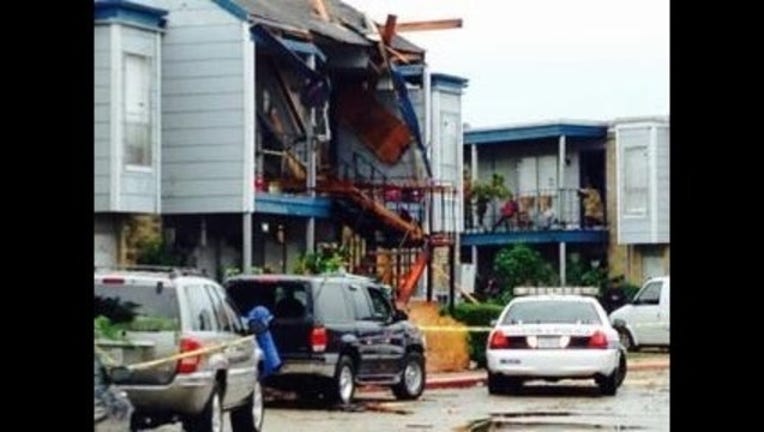 The National Weather Service has confirmed that an EF-1 tornado, with winds in excess of 100 miles per hour, touched down early this morning in SW Houston. The tornado caused major damage to the Rockport apartment complex. Part of the roof was torn off and other parts of the complex collapsed from the strong winds. Around 1600 families have been left without a place to live. Officials say it could be days or even weeks before electricity can be restored, and some parts of the complex may have to be condemned because of the extent of the damage. The Red Cross is trying to provide temporary housing for at least some of the people left without homes. Other buildings in the area also suffered damage. Amazingly, no injuries were reported.