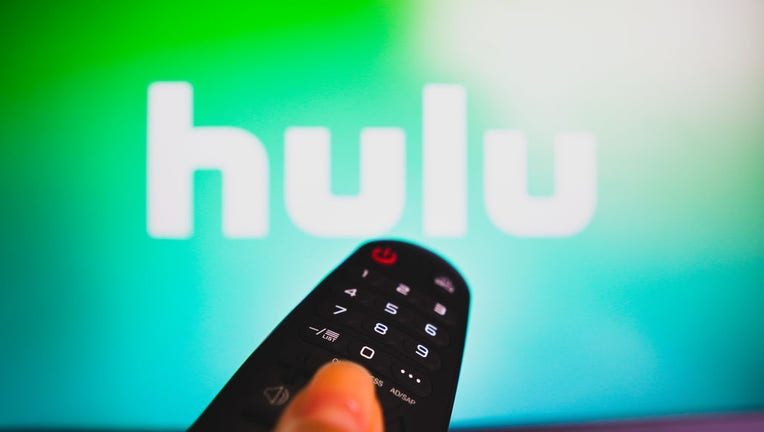 FILE - In this photo illustration, a hand holding a TV remote control in front of the Hulu logo on a TV screen. (Photo Illustration by Rafael Henrique/SOPA Images/LightRocket via Getty Images)

Hulu raised prices for its ad-supported and ad-free subscription tiers on Monday by $1 and $2 per month, respectively.

Under the planned hike that was disclosed in August, ad-supported Hulu will now cost $7.99 per month ($79.99 per year) instead of $6.99 per month. Meanwhile, Hulu without ads will cost $14.99 per month, up from $12.99 per month. The prices of Hulu's bundles with Disney+ and ESPN+ will remain unchanged.

The latest pricing change comes after Disney raised the price of ESPN+ to $9.99 per month, or $99.99 per year, on Aug. 23. At the time, Disney said that the ESPN+ hike would not affect the price of its bundle with Hulu and Disney+ nor the $74.99 cost for Ultimate Fighting Championship pay-per-view events.

The move comes ahead of the highly anticipated rollout of Disney+'s ad-supported tier on Dec. 8. The ad-supported Disney+ tier will cost $7.99 per month, while ad-free Disney+ will increase to $10.99 per month from $7.99. At that time, bundle and Hulu and Live TV pricing will be as follows:

As of the end of its third quarter in August, Disney reported a total of 221 million total subscriptions across its three streaming offerings. Hulu and ESPN+ account for 46.2 million and 22.8 million subscribers, respectively, while Disney+ makes up the remaining 152.1 million.

The company continues to expect that Disney+ will become profitable in 2024. However, Disney now anticipates that its total subscribers will fall to 215 million to 245 million by the end of fiscal 2024, compared with previous guidance of 230 million to 260 million.

Last month, Disney CEO Bob Chapek has floated the possibility of combining all three services into one app. However, that move would require Disney to purchase Comcast's 33% minority stake in Hulu.