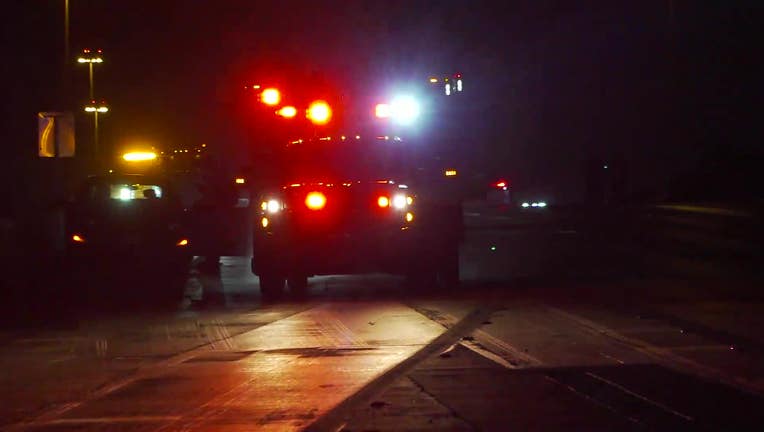 HOUSTON - Authorities say a man is dead after he was ejected from a car during a crash and then struck by a Harris County Pct. 4 constable deputy’s patrol vehicle.

According to the Houston Police Department, the man who died was involved in a crash with two other vehicles in the westbound lanes. Police say the man was ejected during the crash and went into the eastbound lanes in front of a Pct. 4 constable deputy who was traveling eastbound.

Authorities say the man was struck by the patrol vehicle.

Police say another person who was involved in the initial crash in the westbound lanes was taken to the hospital to be treated for minor injuries.

Multiple agencies are investigating the crash.