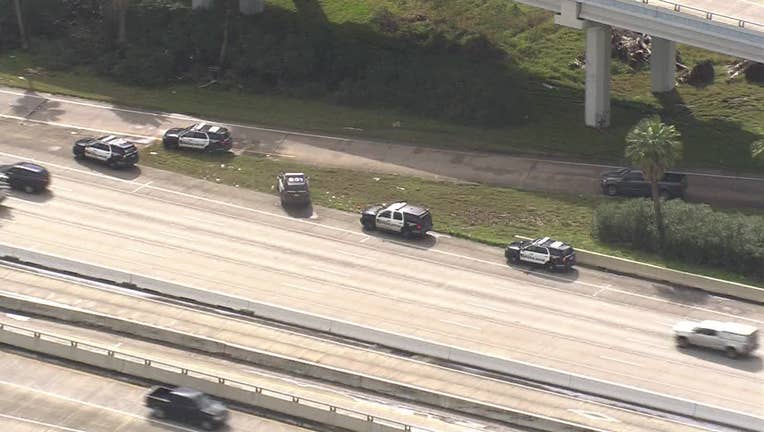 The Houston Police Department says officers were trying to detain a man when he stopped breathing.

HOUSTON - The Houston Police Department says a man stopped breathing while officers were attempting to detain him, and he was later pronounced deceased at the hospital.

According to preliminary information from police, the man was walking along the Gulf Freeway around 10:20 a.m. Tuesday, and officers tried to detain him. That’s when authorities say the man stopped breathing.

He was taken to the hospital but was pronounced deceased.

The public is asked to avoid the area of the 13500 Gulf Fwy SB exit ramp to the S. Sam Houston Pkwy.