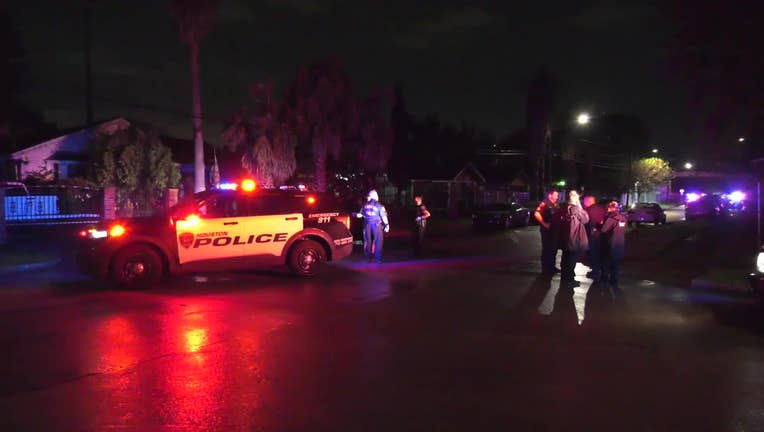 HOUSTON - Police say a group of men were working on their vehicles in east Houston when a suspect drove up and began shooting, injuring one of them.

The shooting occurred near the intersection of Terminal Street and Avenue K around 10 p.m. Wednesday.

Three men were reportedly working together on a motorcycle and a car. Police say the men reported that a newer black Cadillac drove by twice, one time slowing down and the other time stopping and revving the engine.

Police say the car drove by a third time, but this time the suspect stopped, got out of the car with a rifle and started shooting in the direction of the men.

Everyone started running, but one of the men was shot in the leg.

Police say the other men came out to help the wounded man once the suspect left, but the suspect came back and started shooting again. The suspect then drove away.

The man who was shot was taken to the hospital and is expected to survive.

Police say a vehicle matching the description was located nearby, but police are uncertain if it was involved. Investigators are speaking with the driver.