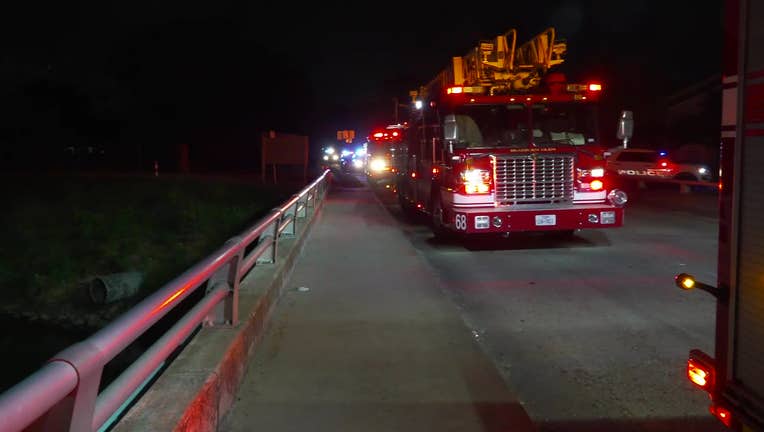 The Houston Fire Department responds to the scene of a drowning on S. Braeswood.

HOUSTON - Houston police say a man fell into a bayou and drowned while trying to get to the area where he lived under a bridge.

The incident occurred around 11 p.m. Thursday in the 8700 block of S. Braeswood.

Police say the man was trying to access the area under the bridge when he tripped and fell into the water.

According to authorities, the man’s friend tried to help him out of the water but was unable to due to the weight of the man’s backpack and the current. The friend then called 911.

The Houston Fire Department arrived on scene and recovered the man’s body after about 45 minutes.

Police say there are no signs of foul play at this time. The HPD Homicide Division is handling the investigation.