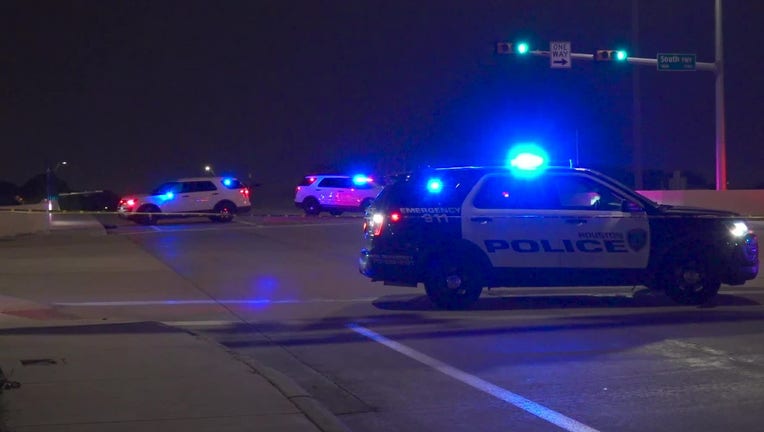 HOUSTON - Houston police say a motorcyclist died after he was struck by a pickup truck on Sunday night.

The crash occurred at the South Freeway service road and Holly Hall around 9:30 p.m.

Police say the driver of a white Chevrolet pickup truck was traveling southbound on the Southwest Freeway service road, approaching the intersection at Holly Hall.

According to police, a motorcyclist was traveling eastbound on Holly Hall, had the red light, entered the intersection and was struck by the pickup truck.

Police say the driver of the pickup truck did not stop to provide medical assistance and fled the scene.

Anyone with information in this case or on the identity of the wanted driver is urged to contact the HPD Hit and Run Unit at 713-247-4072 or Crime Stoppers at 713-222-TIPS.