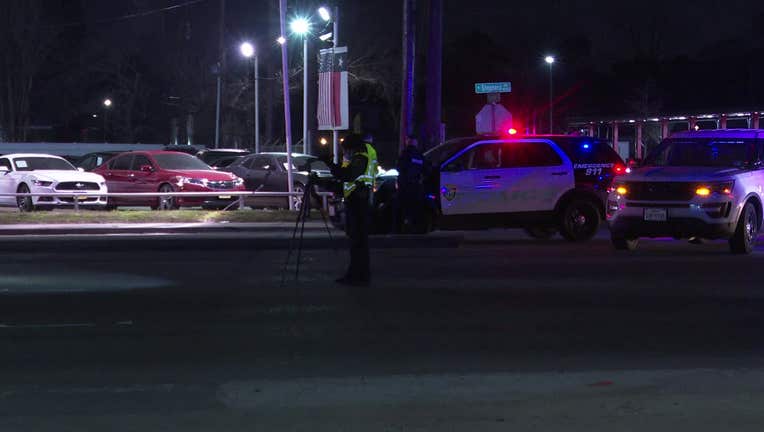 The Houston Police Department investigates after a pedestrian was struck by a vehicle on N. Shepherd near Thornton.

HOUSTON - Police say a pickup truck left the scene after striking a pedestrian who was crossing the street in north Houston.

The deadly crash occurred near N. Shepherd and Thornton around 10:40 p.m. Sunday.

According to police, witnesses reported that a red and black pickup truck was going northbound on Shepherd.

Police say a pedestrian was crossing Shepherd and was struck. He died at the scene.

According to police, the suspect vehicle left the scene and was last seen traveling eastbound on Thornton.