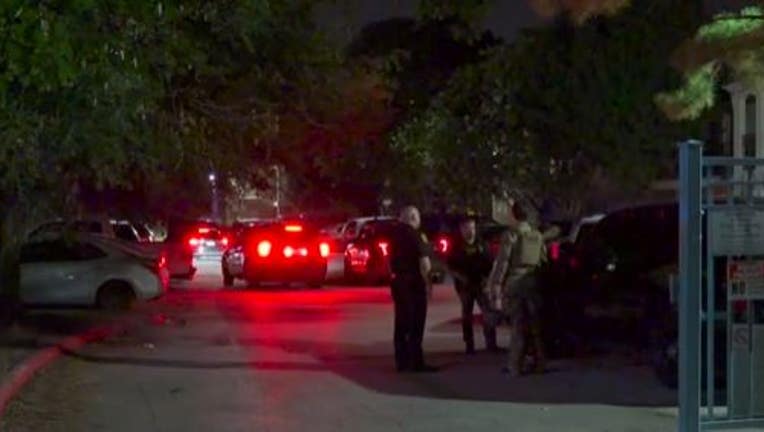 HOUSTON - Officials say a man surrendered himself to authorities after barricading himself in a north Houston apartment overnight Saturday.

Police say they received a call from a woman saying her friend was being held at gunpoint by her boyfriend. Responding officers say the caller was able to get out of the situation just before police arrived.

According to HPD Commander Megan Howard, police spoke with the man, but then he went back inside the apartment and refused to come out.

As a result, the SWAT team was called in as well as hostage negotiators, before victim services took the woman and her child to a safe location. Investigators say they were not hurt.

The man subsequently surrendered peacefully after hostage negotiators got involved and he was taken without incident.

He has not been identified, as of this writing, but officers say the man will be charged with Aggravated Assault.