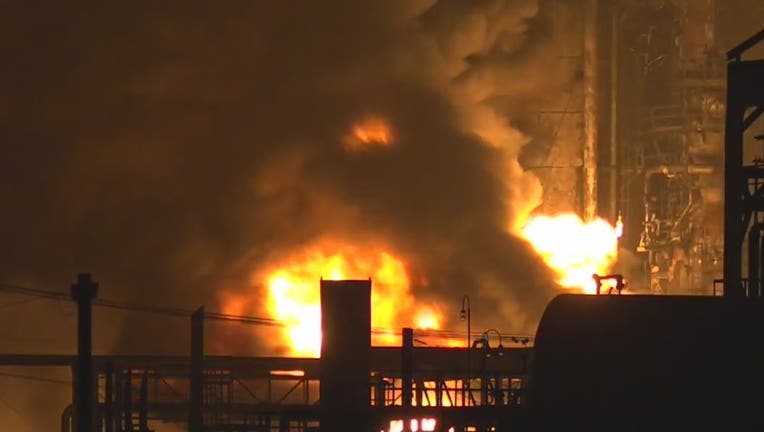 PORT NECHES, Texas - A fire continues to burn at the TPC chemical plant in Port Neches where an explosion left three workers injured and blew out the windows of nearby homes early Wednesday morning.

After another fire raged on earlier this year at ITC Deer Park, many are concerned about the health and environmental impacts of burning gases in our community. So what substances are being burned during the fire at TPC?

According to TPC, the processing unit that was involved contained butadiene, which is a chemical component used in the making of synthetic rubber.

Butadiene, or 1,3-butadiene, first manufactured in Germany in World War I, is a colorless gas that has a mild gasoline-like odor. It is soluble in alcohol, ether, acetone, and benzene, but not soluble in water. The gas is extremely flammable and explosive.

There are no consumer uses of butadiene. Most of the butadiene manufactured is used in the production of synthetic rubber, plastics, and acrylics. Motor vehicle exhaust, cigarette smoke, are also other combustion sources of butadiene. 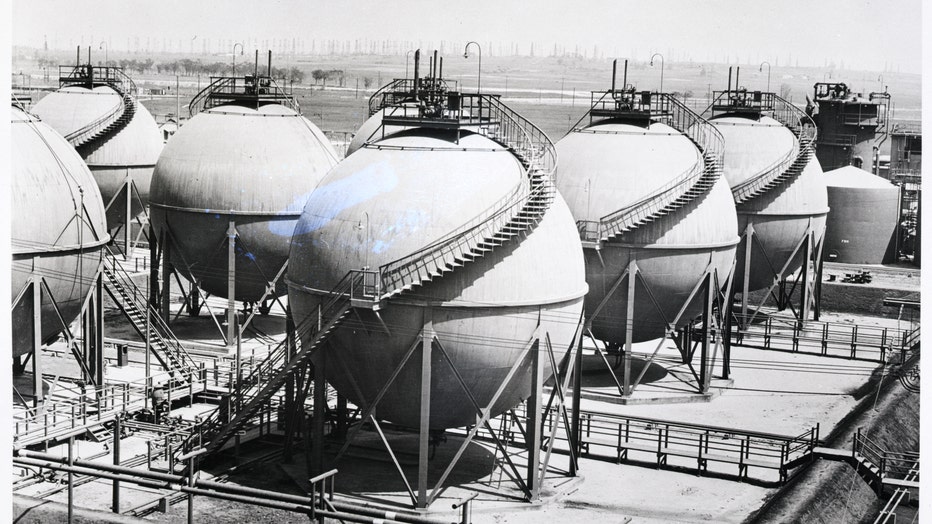 Butadiene is listed as a confirmed human carcinogen by the International Agency for Research on Cancer (IARC)8 and other agencies. It has been shown to cause cancer in laboratory animals.

Butadiene has caused birth defects in laboratory animals only at doses toxic to the mother; however butadiene has been shown to be toxic to the fetus in laboratory animals at doses that are not toxic to the mothers. The substance has caused injury to reproductive organs in mice, although no reproductive effects were observed in rats after being exposed to high levels of butadiene. Experiments involving butadiene exposure over long periods of time to rodents have shown a strong causal relationship between butadiene exposure and cancer.

Exposure to this substance can be acute or chronic.

Acute low exposures can cause the eyes, throat, nose, and lungs to become irritated.

Acute high exposures can cause harm to the central nervous system or cause symptoms such as blurred vision, vertigo, fatigue, low blood pressure, headache, nausea, low pulse rate, and fainting.

Chronic health effects in humans caused by exposure to butadiene are not confirmed. Many human epidemiological studies have shown an increase in cardiovascular diseases and cancer. However, due to the small numbers of cancers and confounding variables like smoking and simultaneous exposure to benzene and styrene, a true causal relationship cannot be established.

Butadiene has moderate toxicity to aquatic life in the short-term, and slight toxicity in the long-term.

Industrial emissions of the substance can cause elevated, but still low-level concentrations in the atmosphere around the source of the emissions. Motor vehicles may also produce elevated levels in areas of higher traffic. Butadiene vapors are heavier than air and can travel distances and accumulate in low areas.