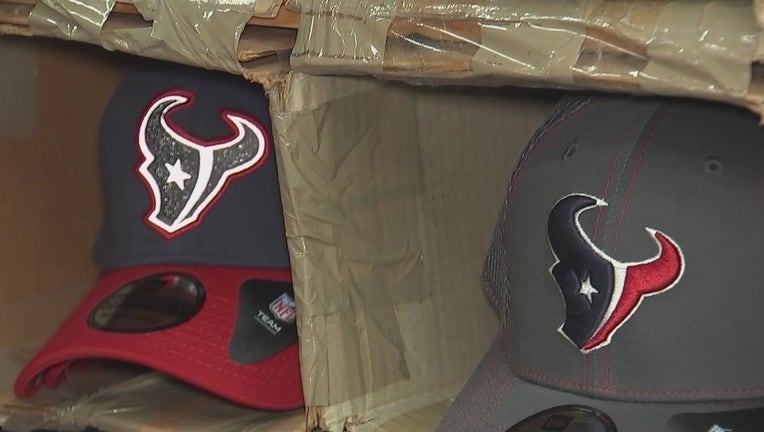 HOUSTON - The Houston Texans are officially eliminated from the 2021 NFL playoffs.

In a season with low expectations, some fans are still disappointed and frustrated.

While the Texans have struggled on the field, some retailers say their merchandise is also struggling to sell in stores.

On Monday, we visited Y.K. Sports Line in Southwest Houston. According to their manager, they’ve been selling a ton of Astros gear. However, Texans products remain on their shelves.

At least one fan was seen wearing a brown paper bag over his head for Sunday’s loss to the Indianapolis Colts. So far, the Texans are 2-10 this 2021 season.

"Our sales guy had six tickets to the game this weekend," said Priyakant Ramy. "He called seven or eight different customers, they all said no [to free tickets]."

According to Michael Connor from SportsTalk 790, the team needs to completely rebuild.

"They have everything going wrong for them," said Connor. "The on-the-field product, every single week, seems to find a way to get worse. They need to go through the process of tearing the whole thing down to the studs. They need to find a quarterback."

It’s unknown how long this rebuild could take. We asked fans what year they think the Texans will win a Super Bowl.

"If they can make the right moves, I’d say four or five years maybe," said Shanar.