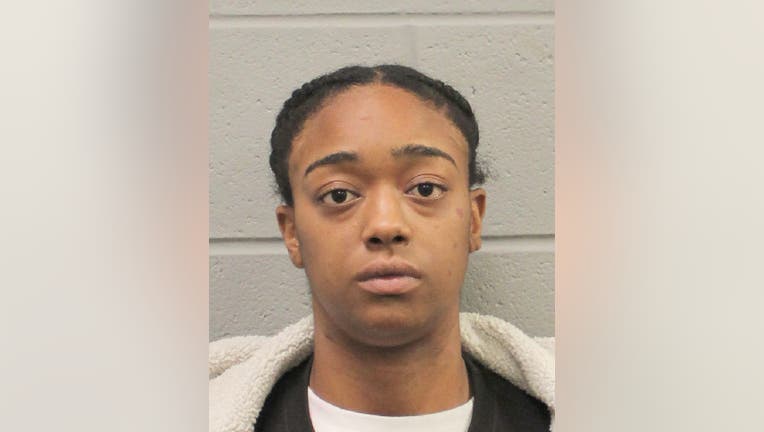 HOUSTON - A woman is accused of ambushing and shooting to death the current girlfriend of a man she had dated, court documents show.

Tranisha Latavia Miller, 25, is charged with murder and aggravated assault of a family member. She is accused in the death of 20-year-old Chante Wilson.

RELATED: Woman ambushed, shot to death in Houston while walking back from store: HPD

Miller did not appear at a probable cause court hearing overnight where her bond was set at $750,000 for the murder charge and $150,000 for the aggravated assault of a family member charge.

According to police and court documents, Wilson and her boyfriend were walking from a corner store when the suspect jumped out from between parked cars and began shooting.

Court documents show Miller is accused of firing a shot at Wilson’s boyfriend and then shooting Wilson multiple times. Wilson was taken to the hospital, where she passed away. The boyfriend was not struck by the gunfire.

According to the court documents, Wilson’s boyfriend and the suspect had a prior dating relationship for several months.

Police say Miller turned herself in at HPD Headquarters on Wednesday.