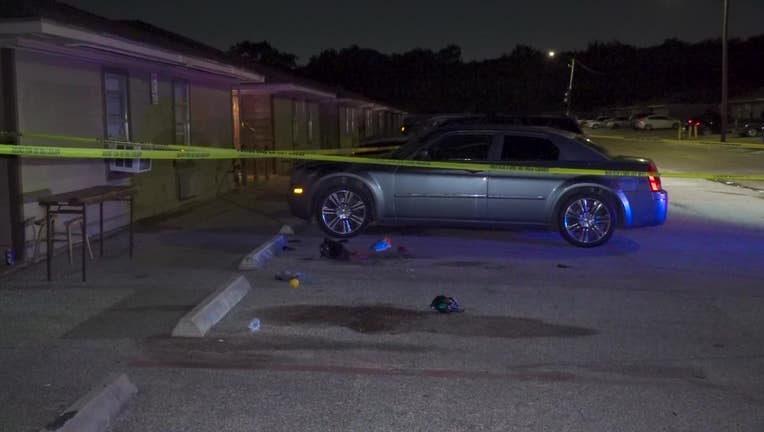 The Houston Police Department investigates a deadly shooting on Faulkner.

HOUSTON - A 21-year-old woman was ambushed and shot to death while she was walking back from a corner store on Houston’s south side, police say.

The deadly shooting occurred around 1:45 a.m. Monday in the 3700 block of Faulkner Street.

Police say a female suspect hid between two parked cars, then jumped out and started shooting as the victim walked by.

The victim was shot multiple times and died at the hospital, authorities say.

The suspect is described only as a Black female between the ages of 18 to 22. She reportedly fled eastbound on Faulkner Street toward Scott Street in a red Nissan Cube or small four-door sedan.