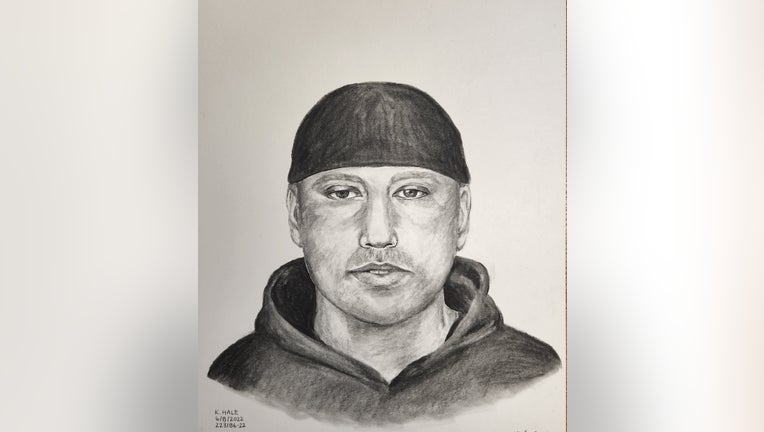 Sketch of a suspect in shootings on Webster Street and Hadley Street. (Photo: Crime Stoppers of Houston)

Authorities are searching for a suspect wanted in two Houston shootings that left one man dead and another injured on the same night in February.

Crime Stoppers of Houston released a sketch of the suspect on Monday. Help finding the person responsible for the shootings could result in a reward.

The two shootings occurred about a block apart around 9 p.m. on February 18.

Police first responded to a shooting in the 1300 block of Webster Street and found a man with multiple gunshot wounds. He was taken to the hospital in critical condition.

A few minutes later, officers responded to another shooting at 1300 Hadley. The man had been shot multiple times and was pronounced dead.

Police said the preliminary investigation and evidence from the scene indicated the shootings may have been committed by the same suspect who had attempted to rob the two men.

According to Crime Stoppers, the suspect is described as a heavy-set Hispanic male wearing all black with a white logo or patch on his left arm.

Houston police previously released surveillance video of the suspect wanted in the shootings.

Crime Stoppers may pay up to $5,000 for information leading to the charging and/or arrest of the suspect(s) in this case. Information may be reported by calling 713-222-TIPS (8477), submitted online at www.crime-stoppers.org or through the Crime Stoppers mobile app. Only tips and calls DIRECTLY TO Crime Stoppers are anonymous and eligible for a cash reward.