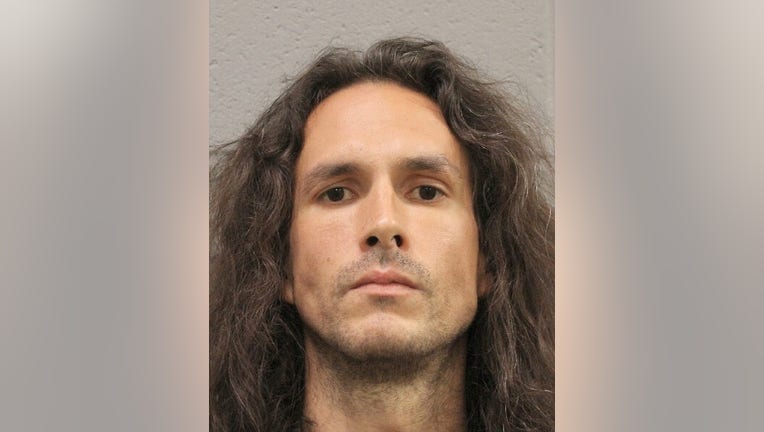 HOUSTON - A man was arrested following a shooting that left two people dead and another injured near a collection of shipping containers that were being used for shelter in north Houston, police say.

Nathan Bryan Miller, 33, has been charged with capital murder. The identities of the man and the woman who died in the shooting have not been released.

Police say officers initially responded to a disturbance at a gas station around 8:10 a.m. Saturday and detained Miller, who claimed to have shot multiple people nearby in the 1200 block of Neiman Lane.

According to HPD, Miller directed officers to a private lot with multiple metal shipping containers that people had apparently been using for shelter.

Authorities say a total of 3 people were found inside a shipping container, which may have served as a homeless encampment. 2 of the individuals inside were dead, and 1 of them was seriously injured. (NOTE: This report aired September 3, before the suspect was identified.)

A woman was found shot in the roadway and was pronounced dead at the scene. A man was found near one of the shipping containers and was taken to the hospital.

Police say officers searched a nearby shipping container and found another man dead with gunshot wounds.

Miller admitted to his role in the shooting and was charged, police say.