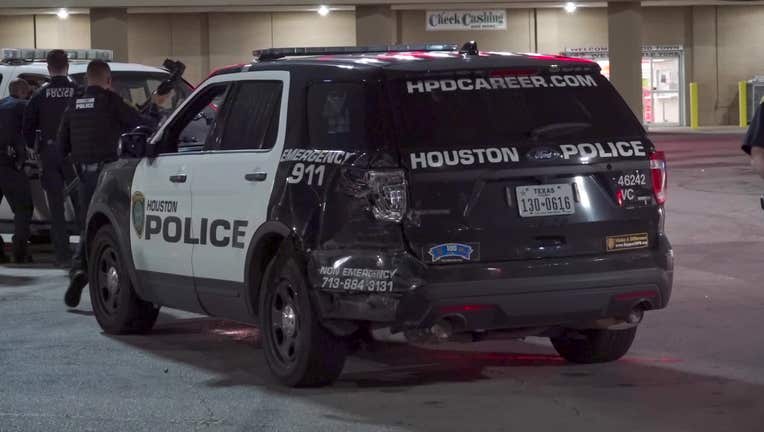 A Houston police officer's vehicle was struck on Little York.

HOUSTON - A driver suspected of intoxication was taken into custody after hitting a Houston police officer’s patrol vehicle and then driving away, authorities say.

According to HPD, the crash occurred as the officer was driving back to the station after investigating a previous crash.

Police say the officer was stopped at a light when the driver of a tan pickup truck tried to make a turn and hit the left back corner of the officer’s vehicle.

The driver then continued on with his turn and left the scene, authorities say.

According to HPD, the driver of the pickup truck appeared to be intoxicated and failed the standard field sobriety tests. He was taken back to the Joint Processing Center to be further investigated for intoxication.

Authorities say he is also being charged with failure to stop and give information.