The Houston Police Department says four suspects were detained after a motorist was shot at near Dairy Ashford and the Katy Freeway.

HOUSTON -
Houston police say a motorist was shot at after following a group of suspects who tried to steal his catalytic converter, and four suspects have been detained.

Several agencies were involved in the search near the freeway and Dairy Ashford including the Houston Police Department, the Harris County Constable’s Offices for Precinct 1 and Precinct 5, Texas DPS and SWAT.

According to police, the incident began around 9:30 a.m. Friday a short distance south on Dairy Ashford.

The owner of a pickup truck and the owner of a van were reportedly working at a commercial business. Police say they saw a group of people breaking into the truck and trying to steal the catalytic converter.

According to police, the four suspects fled in a car, and the pickup truck owner and the owner of the van followed.

At one point, police say the suspects crashed into an SUV with a mother and child inside. 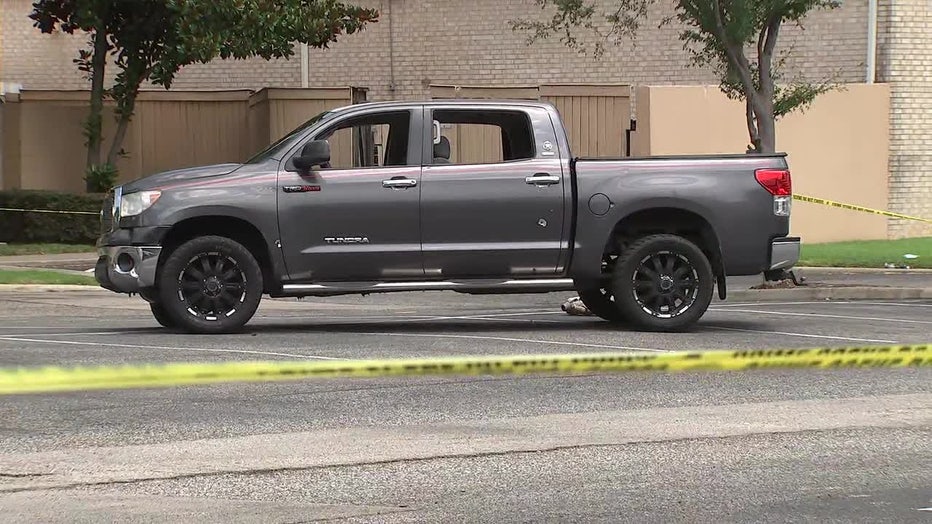 A pickup truck was struck by gunfire in a parking lot near Dairy Ashford and the Katy Freeway in west Houston.

Police say the car, the pickup truck, the van and the SUV all pulled into a parking lot near the Katy Freeway and Dairy Ashford.

The suspects reportedly exited the car and tried to run away on foot. According to police, two of the suspects started shooting at the pickup truck.

Authorities say the suspects then ran into a parking garage. They were located around 11 a.m. and detained.