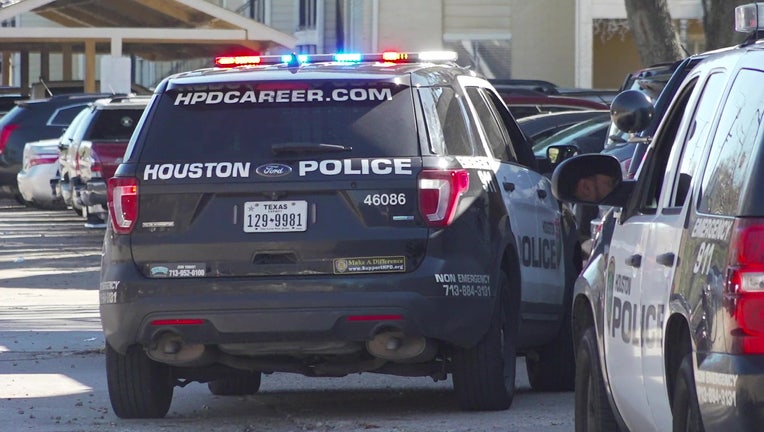 HOUSTON - One man is dead following a shooting in west Houston on Sunday morning.

Authorities said the shooting occurred at 10070 Westpark around 9:45 a.m.

Police said when they arrived on the scene, they found an adult male suffering from gunshot wounds.

Authorities said their preliminary investigation revealed a man went to Cloud 9 club on Sunday morning and came home with two women he met at the club.

After a short time of hanging out at his place, one of the females let an unknown male into the apartment, police said. That’s when the man and the unknown male exchanged gunfire.

Police said the man who was let into the apartment was killed in the shooting and pronounced dead on the scene.

The two females fled the scene in a vehicle.

Authorities said the homeowner is not being charged at this time.