HPD Chief Art Acevedo says PR bonds are partially to blame. They are part of the county's criminal justice reform. It allows people that can't afford bond, to post no bond while awaiting trial.

HOUSTON - Houston's top cop wants to know what the heck is going on in Harris County courtrooms.

"We have about 500 murderers charged murderers who still haven't been taken to trial what are the judges doing?" Houston Police Chief Art Acevedo said.

As far as the Houston Police Officers Union is concerned, some district court judges are too busy giving PR bonds to repeat violent offenders.

"More dangerous people are out on the streets they're doing crimes over and over again and they're not listening to our officers," said union president Joe Gamaldi. "It's created a climate of lawlessness."

Take Randy Lewis, who was shot to death by police after fatally stabbing an 80-year-old woman. Police say he had been arrested 67 times and was out on two felony PR bonds.

"This guy here is on nine PR bonds," the chief said while describing another defendant. "If you look at this document you can see he should have been no bonded for being a habitual offender. Instead of being no bonded, he was given nine bonds. That's not right."

PR bonds are part of the county's criminal justice reform.

It allows people that can't afford bond, to post no bond while awaiting trial.

According to the Houston Police Union, these judges are the most egregious when it comes to giving violent offenders PR bonds. 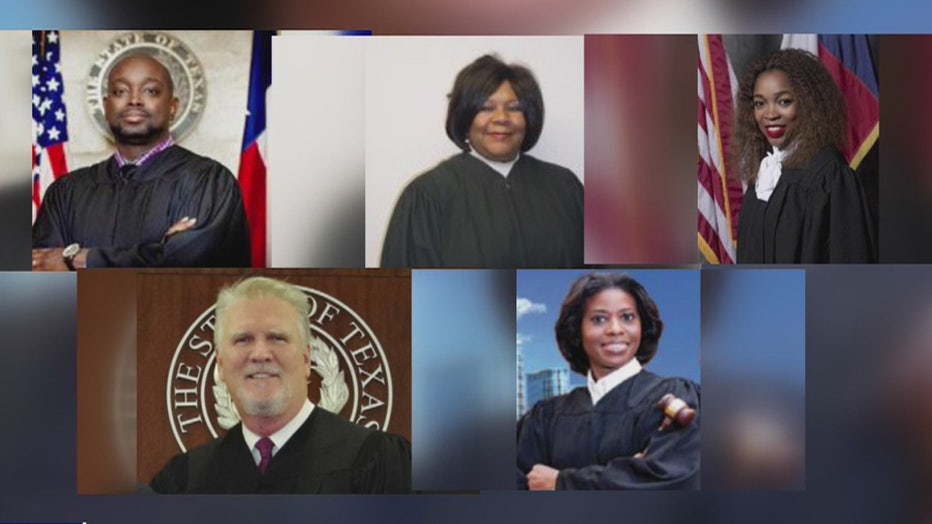 FOX 26 left messages for those judges seeking comment but haven't heard anything back.